‘Eternals’: What you need to know about the new Marvel movie

Marvel Studios also announced that along with Eternals, Black Widow and Spider-Man: No Way Home will be released this year 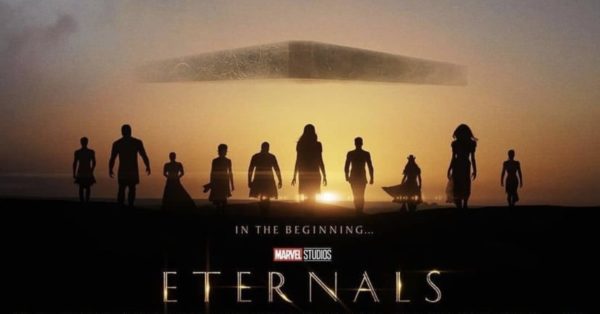 Marvel Studios has released the first official trailer for the potential blockbuster movie, Eternals which is set to hit theatres on 5 November.

The movie, directed by Oscar-winning director Chloe Zhao, follows the main characters who seem to be aliens and have been living on Earth for many years while hiding their identities.

The events in Marvel’s Avengers: Endgame influence these immortal beings to step into the spotlight as heroes.

The trailer does not give out much about what actually happens in the movie, but the trailer does end on a humorous note when Lia McHugh poses the question: “So now that Captain Rodgers and Iron Man are both gone, who do you think is going to lead the Avengers?”

Richard Madden replied: “I could lead them” and the whole group laughs out loud.

Marvel Studios also announced that along with Eternals; Black Widow, Shang-Chi and the Legend of the Ten Rings, and Spider-Man: No Way Home will all be released this year.

MCU fans are excited about the premiere of Eternals and have been tweeting their thoughts on the trailer since its release.

thinking about how diverse and chaotic the cast of eternals is makes me even more excited for them ahh pic.twitter.com/kDjphQnvJ5

The Eternals trailer has me so hyped. Some of my favorite Marvel Cinematic content so far has been the grandeur of the galactic-level characters and how they fit into Earth-level stories. Just gimme Silver Surfer.

the women of eternals are coming to serve pic.twitter.com/ss5XGmVE3F

The Eternals after Thanos snapped half the world away #Eternals pic.twitter.com/7OPS7H9l5t