Fashion puts travel back on the agenda, not to mention real-world runway shows

The show must go on! After a year-long lull and a move to online shows, fashion is once again gearing up to cross borders, inspiring audiences with the stuff of dreams and, more than ever, offering them a voyage of escapism. 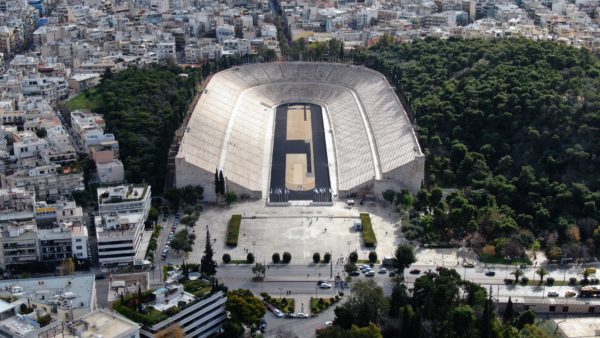 Athens, Venice, Los Angeles and Shanghai are just some of the destinations chosen by the big names in fashion to present their next collections.

All this seems to suggest that things are slowly getting back to normal in the industry — an industry that’s evolving, and which was heavily impacted by the pandemic.

Poised to present their Cruise and Resort collections — with fashion shows whetting an appetite for travel and staged outside the traditional fashion weeks — some of the biggest names in luxury fashion were forced to cancel shows planned in Italy, the UK, the US, Dubai and Russia.

It was the beginning of a change, a revolution, which notably saw the rise of digital, virtual events. For months, in fact, collections were unveiled through the medium of screens.

There was even talk of this being the future of fashion. But talk is cheap. And with many countries worldwide now progressively opening up their borders, the fashion world is already busy planning its future jaunts.

And what better than fashion to provide a much-needed moment of escapism — a time to dream, to put everything on hold — that many have been missing in recent months?

As many countries begin to ease covid-19 restrictions, vaccination accelerates, and borders progressively reopen, fashion is slowly starting to move back towards its traditional schedule.

And that starts by giving audiences a taste for travel, with shows scheduled all around the world in the coming months.

Fashion house Dior is jetting off to Athens, where on June 17 it will present its forthcoming Cruise collection in the historic setting of the Panathenaic Stadium, which notably hosted the first modern Olympic Games in 1896, Women’s Wear Daily reports.

Next in line is the Italian label Armani, which is calling the fashion world to one of the industry’s four capitals, Milan, to present its spring/summer 2022 collection, June 21.

The show will be staged as part of the traditional men’s fashion week, and with a live audience.

Valentino and Saint Laurent are both heading to Venice in July.

The Italian fashion house will present its next Haute Couture collection July 15, with a limited number of guests, while the French fashion house is also planning a physical fashion show, on an as-yet undisclosed date.

Then, Michael Kors should follow suit in September, with a physical fashion show in New York, along with Gucci, which is celebrating its centenary, in Los Angeles in November.

Before that, Coach will be heading back to the runway with a Shanghai fashion show, June 3, with a live audience but also streaming on social media.

All of these announcements seem to suggest that fashion is slowly but surely getting back to business as usual.

It is currently hard to know what the future of the fashion world will look like, even in the relatively near future.

Certain fashion houses and designers have made use of the recent downtime to reflect, reinvent and make changes, notably by taking the decision to opt out of the traditional show schedule and its frantic pace.

Others have chosen to accelerate the move to digital, with innovations driven by augmented reality, for example.

From video games and digital models to virtual fitting rooms, many fashion houses have totally rethought their offerings and their communications, while also adapting to new customer purchasing behavior.

But can the “traditional” fashion shows as we know them really stop altogether? Some designers refuse to envisage that.

In video you can cheat a lot, you can hide a lot, and you can embellish,” Kris Van Assche, then creative director of Berluti, told the AFP in April.

And it’s an opinion shared by Giorgio Armani who, two months earlier, who told French newspaper Le Monde: “I don’t think that the solution is to rely entirely on digital. … Fashion Week is a fundamental social occasion for the sector

…. It must remain a network that brings together the big and the small, and to offer them all, at the same time, the possibility to present their work.

I am therefore convinced that Fashion Week, in its current form, should be maintained. The virtual fashion show can be a tool, but it is not the future.”

This seems to suggest that things are heading back to normal in the sector.

Still, many fashion houses and designers could nevertheless favor digital formats, whether for constraints of time, budget or organization.

They could even schedule their shows outside of the official Fashion Week calendars to break with the pace, often judged excessive.

So rather than the future being strictly real-world or virtual, it looks like fashion is heading for more of a hybrid format, serving the needs of all the sector’s players.