From Bonang Matheba to Liesel Laurie to Miss Universe 2019 Zozibini Tunzi and current Miss South Africa 2020 Shudufhadzo Musida, Jawad Maphoto is the official stylist to all the Miss SA contestants. 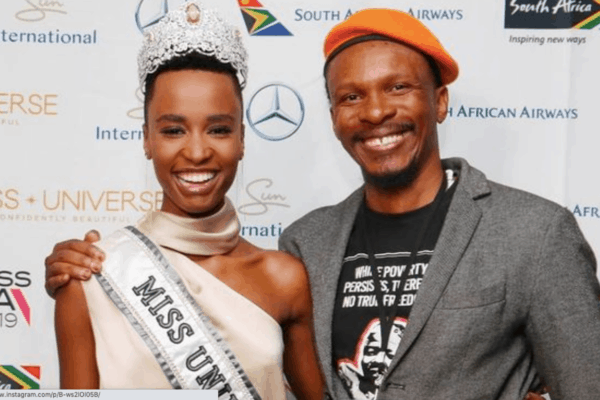 He began his career in the hair care industry as a cleaner at a salon, where he would also assist in washing clients’ heads. Today he is a celebrity stylist and is the man behind Zozibini Tunzi‘s hair and Shudufhadzo Musina‘s sleek bald cut.

Jawad Maphoto is a well-known stylist and owner of Lajawi, which began operating in 2007 and is known for a wide range hair styles – from ultra short to very long.

“I was very passionate and privileged to get a mentor named Hakim,” he said.

He’s moved to a few mentors including the famous Saadique, who’s popular for international shoots.

He’s a well-known figure in the industry, and he’s now known for his calm demeanor while creating killer haircuts. Experimenting with colour and pushing the limits to see how far he can go with his vision, Jawad is a hair artiste.

In 2012, he began working on magazine shoots, with clients including True Love, Drum, former Move Magazine, and Destiny Magazine. 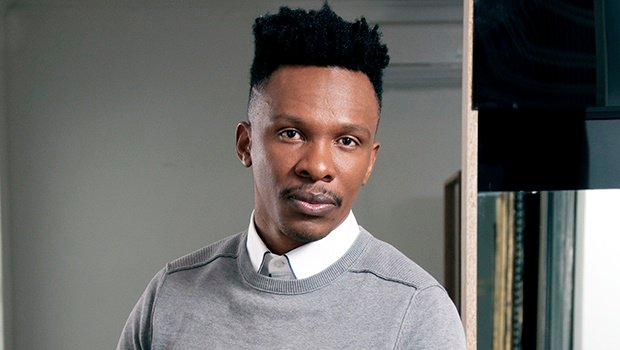 “I used to do my own fashion show and work backstage during fashion week, mostly in the hair department. The first magazine I did was Rolling Stone, and Radio host and Idols judge Unathi and the other judges were there, I was shaking in my boots.”

Speaking about his years of experience across the media industry, he adds: “Coming from a salon and doing magazine work is completely different. We use tricks to make styles look glam in magazines, I learned a lot.”

He did hair for all the Miss South Africa contestants, not just Zozi, and he didn’t have to think twice about getting involved with the pageant.

“I started with Liesel Laurie on Miss South Africa, I volunteered and I wasn’t paid,” he said.

“I saw it as a fantastic opportunity to advance my career and get my work out there. He did and maintains her current pixie cut.”

“My other aim was that if the black contestants felt they needed a stylist, I wanted to fill the gap. After that, I was doing former Miss SA 2016 Ntandoyenkosi Kunene’s hair until now, which leads up to current Miss SA Shudufadzo. I subsequently became the first official Black sponsor.”

But doing Zozi’s hair wasn’t Jawad’s first rodeo; he previously did former Miss Universe 2017 Demi-Leigh Tebow’s hair when she wore the crown in 2017, proving that diversity in styling is part of his arsenal.

“Zozi came in with a cut, I just enhanced it, it was a plan. That year nine girls had natural hair and each was differing styles. When Zozi won, she was so busy I’d see her once or twice a week,” he says.

“One of my favourite memories was accompanying her to her homecoming in the Eastern Cape and assisting her as Miss Universe.”

She still calls him when she has major events coming up.

“There isn’t as much creativity as we used to have. Stylists must upgrade themselves. But it’s on us to introduce new things,” he says.

“When magazines were big we would come up with super creative styles.”

With the current trend of wigs, he warns that people should be careful with the products they use.

“People glue their wigs down and lose their hairlines. There is too much of gluing a wig down and slicking down the edges.”

He recently styled the stars of the trending Netflix series, Jaiva! and is working with actress Khanyi Mbau.

He’s also a judge on the Honey channel salon battle on Tuesdays and he is also working with Carol Tshabalala and guests at Supersport who are broadcasting the Euro 2020 tournament. He’s so busy that he hasn’t felt the effects of Covid-19.

Currently, he’s working on his product line that caters to all types of hair, coming out later in the year.

Take a look a Jawad’s work below:

'Has Ntsiki properly applied her mind?' - Barbielish defends Bonang
1 month ago
1 month ago

'Has Ntsiki properly applied her mind?' - Barbielish defends Bonang
1 month ago
1 month ago