The fight challenge backfired for some parents who had their children in tears at the thought of their parents engaging in a physical fight. 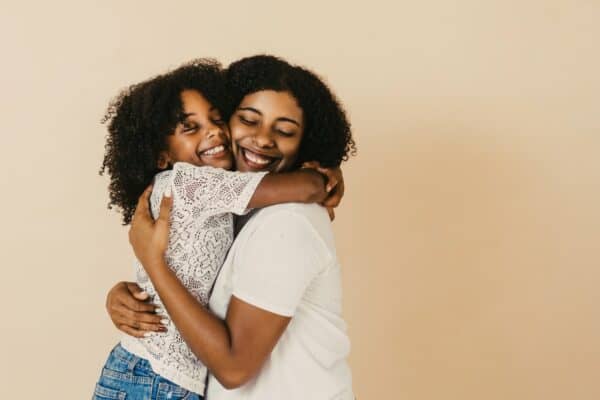 A mother and daughter embracing each other in a warm hug. Picture: iStock

A new TikTok trend called the “fight challenge” has gone viral on social media proving that some kids will do anything for their parents.

This trend sees parents walking up to their children while they are either watching television or playing on their phones or tablets before urging them to put their shoes on.

The parent, who is also recording their child at the same time, then explains that they need their child to put their shoes on and follow them outside as they are about to engage in a physical fight.

Not only does the parent explain that he or she will be fighting with another parent, but also requests for their child to get involved in the fight, and physically attack the other children of the parents who they will be fighting.

Social media users all across the globe were shocked to see how many little ones would be willing to throw hands in and fight with other children their age all in the name of having their parents back and protecting their parents.

ALSO READ: How much money can you make on TikTok?

Social media users were also left in stitches by the children who refused to get involved in physical fights, and some even tried negotiating with their parents to deal with the matter in a calm, and non-violent manner.

The challenge backfired for some parents who had their children in tears at the thought of their parents engaging in a fight with other parents and themselves being beat up by other kids their age.

Here are some of the viral video’s from the ‘fight challenge’ TikTok trend:

@kelifrey I actually feel bad that i scared her ???? she still had my back though ???? #putyourshoeson #lovernotafighter #viral #fight #trending #kidsoftiktok #fyp ♬ original sound – Keli Frey

@teebanksssss Her face like aww????but she know what to do????❤️???????? I DO NOT PROMOTE VIOLENCE ????#kids #fyp #kidschallengewithparents #fight #foryoupage #explore #trending ♬ Oh No – Kreepa