This one is for the taxi commuters and for those who aren’t, here is a little insight into life inside a taxi. 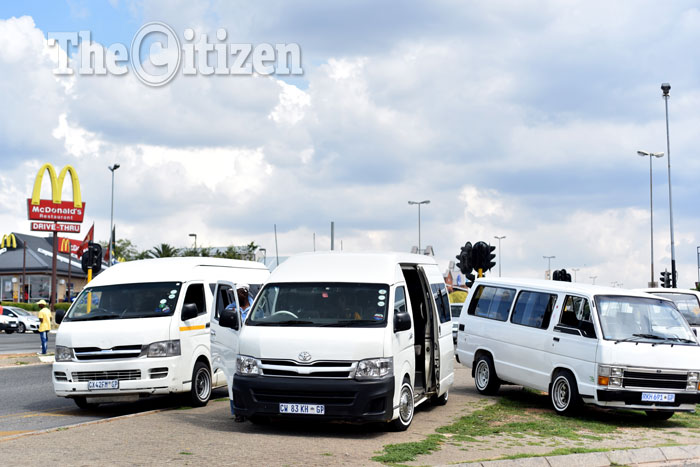 Say the word taxi to an international tourist and they’ll think of bright yellow cabs or, if they’re from the US, sleek black ones. Mention the word taxi to a South African and a completely different image comes to mind.

As frustrating as taxi drivers can be to other drivers, they can be as equally frustrating to commuters, but there is no other experience in the world comparable to taking a taxi.

Firstly, let’s start off with the sticker notices that serve as both a warning and a source of amusement.  Most taxis have the standard “Even people that know me have to pay” sticker. No, there will be no free rides given, you have been warned.

An oldie but still a goodie, “I like your perm but not on my window”. Ladies rocking moisturised hair – tread carefully.

A fairly recent sticker doing the rounds is the rather cheeky “no heavy weights in the front seat,” which needs no explanation.

Some other front seat rules:

Being inside a taxi is really like a mini soiree at an ambassador’s house.

You’ll hear just about any language you can think of, from all 11 SA’s languages to Hindi, French and Ibo. It’s a regular UN summit every single day.

You’ll meet all kinds of characters, from the old man who falls asleep before you’ve even left the rank to the person who speaks on the phone the whole way, very loudly and proceeds to tell whoever is on the other end every stop the taxi makes. Of course, there’s the young man who decides he’s going to play his music without earphones so the rest of the taxi commuters can hear how great his music is.

There’s the femme fatale who’s made up to the tee and acts way too good to be in a taxi and the opportunist who realises she’s a captive audience and asks her out the whole way.  The university students who are, like, so sick of this taxi life! And discuss what’s happening on twitter, reading out every retweet.

The rules of a taxi are unspoken and unwritten. Nobody knows who came up with them, but heaven help you if you don’t adhere to them.

Oh, the tales from a taxi.

From the details of a murder (personal experience) to whose  neighbour is having an affair, there is just something about taxis that compels people to share their stories. Perhaps it’s the lack of space that breaks down personal boundaries.

I listened as a young woman told the tale of her uncle who was murdered in front of his kids for stokvel money, and the whole taxi went quiet as our mini community mourned.

There are daily silly incidents that leave people in stitches, and moments so dramatic and shocking that people are stunned into silence.

I recall one day when a woman came into the taxi madder than a wet cat and repeatedly walloped the man she was with until the driver separated them. A tense silence followed, until they got off and a wave of comments engulfed the taxi.

And then there are the fights with the driver – yes, we’re going there.

Just like between siblings, things can get heated pretty quickly, but blow over just as fast.

On some days, you’ll get a driver who’ll blast the music so loudly you can’t hear yourself think. He’ll stubbornly refuse to lower the volume and all you’ll hear are mxm’s and harrumphs from the passengers. Most likely than not, his door will be banged for a good measure when passengers get off.

Some days the taxi will be quiet, no conversation, no loud music. Just the clinking of money as it changes hands and the whirr of the tyres as the taxi glides on the road.

Occasionally, a voice will pipe up with a “short left” or “after robot”. But besides that, there is calm, and the type of silence that reassures, a silence that says: “we’re in this together for the time being until you get off, you belong here with us in this mini community”.