Gender reveal parties have become quite the craze all across the globe. Some are very creative, but some can be deadly. Doctors’ rooms are no longer the place to know your child’s gender, but cakes and balloons are also sometimes not enough anymore, so some families opt to get creative.

Below is a list of the most dramatic, sometimes dangerous, but unconventional gender reveals to come out of 2019. These do not include those that ended up in casualties. There were a few.

Jaren Garcia leapt out of a plane for the first time in his life for his daughter’s gender reveal. At 15,000 feet, he would dive out the plane with a diving instructor. The instructor had a special device attached to his feet. This device would release either pink or blue smoke while friends and family were eagerly waiting on the ground – safely. A South Florida couple stood in the middle of the amusement park while Santa’s Ferris Wheel changed colours. They waited in anticipation to know whether they were having a boy or a girl. This change went on for a minute until text moved across the wheel to say “it’s a boy”. I want to have a chat with them regarding how expensive that exercise was. 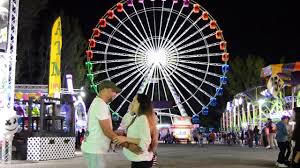 In Texas, what was meant to be the perfect gender reveal resulted in a plane crash. This plane was supposed to release gallons of pink water to reveal the baby was a girl. Instead, the plane lost altitude as it released the water because it slowed down and was only designed for one person. Soon after it released the water, it crashed. The pilot was not hurt, but one passenger sustained small injuries.