My Son’s Friends Use Slurs in Online Games. What Can I Do?

Teach your child about how harmful slurs are to people they are referring to.

Psychologist Lisa Damour, responds to a reader’s question. The question has been edited and is being published with the consent of the person who submitted it

Q: My 12-year-old son and his school friends use a live chat app while they’re playing online video games together. I’ve noticed that some of my son’s friends use terms like “gay” and “Jew” as derogatory terms and that one friend — who, like my son, is white — changed his user name to a racial and sexual slur. I have already had him block that kid and explained the real-world consequences of negative stereotypes. What else should I do?

A: You’re off to a solid start. Now, let’s consider how a parent might continue the conversation and guide a young person’s response when one of his or her peers uses slurs.

Start with the simplest point, namely that it is hurtful and wrong to use a word that describes a person’s gender, race, ethnicity, religion, sexual orientation or national identity as an insult. This is true for words that have long-standing acceptable uses (such as Mexican), for former epithets that have gained mainstream status over time (such as gay or queer), and for labels that take on different meanings depending on who uses them (such as bitch).

You might say: “While your friends might think they’re being funny or cool, words can do harm, and repeating slurs is fundamentally degrading to the groups they are used against. This goes without saying, but I’m going to say it anyway: You may not use slurs ever, under any condition.” 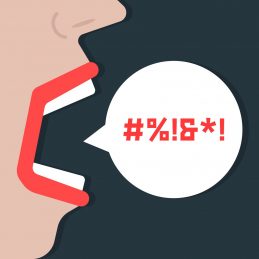 Next, there are subtler points you will want to discuss with your son when he is ready. (Daughters, too, but I’m using the word “son” since the question is about your son.)

It is true that the very same word can operate in one context as hate speech and in another as an affirmation of identity. Indeed, it’s not unusual for stigmatized groups to

YOU MIGHT SAY TO YOUR SON, “WHILE YOUR FRIENDS MIGHT THINK THEY’RE BEING FUNNY OR COOL, WORDS CAN DO HARM, AND REPEATING SLURS IS FUNDAMENTALLY DEGRADING TO THE GROUPS THEY ARE USED AGAINST.”

The reappropriation of hateful terms gives rise to its own challenges. For one, there are often competing views within a group about embracing an originally mean-spirited epithet. Second, when a group reclaims an epithet, some confusion may arise about whether the word has become fair game for all. Not all girls and women believe that it is empowering to playfully refer to one another as bitches. Similarly, not all African Americans share the same view on the use of the “N-word.” But its regular use in popular songs (mostly, but not entirely, by black artists has left a lot of kids who are not black wondering if they are free to use the word, too.

To have this conversation, consider saying: “If people within a group want to claim ownership of a word that has been used to hurt them, that’s their call, even if not everyone else in that group agrees with their decision. But if you’re not in the group, the word is definitely not yours to use.”

Your son might question this last idea if he is familiar with the concept of an “N-word pass,” by which a black person grants a nonblack person permission to use the term. Here, I’d have you talk with your son about the excellent points raised in a brief video of the author Ta-Nehisi Coates, who notes that some white people bristle at the suggestion that they should abstain from using certain words because they have been conditioned to believe that “everything belongs” to them.

As parents, we want our children to work to understand the experiences of people whose lives differ from their own. Coates highlights how recognizing who can and cannot use a word has a place in this process. He offers that agreeing to refrain from using the term helpfully gives white people “a little peek into the world of what it means to be black … to walk through the world and watch people doing things that you cannot do.”

Your son won’t grasp this all at once. But it’s important to start a conversation that can unfold over time about the very uneven distribution of privilege within our society and the demeaning and intensely painful histories behind derogatory words. 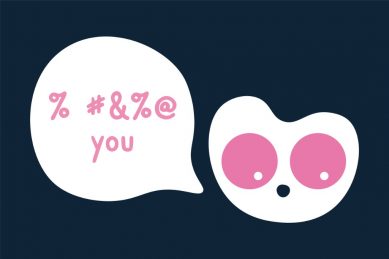 Once your son has a better understanding of why hateful language is off limits, you will want to equip him to address his peers who are not there yet — though you can certainly acknowledge that it is often  much less middle school students, to confront offensive speech.

You could say, for example, “If you hear a kid saying something offensive, consider saying to him or her,  ‘those words are hurtful.’ If you see a kid use that language to attack someone face-to-face, you need to tell him or her to stop, reach out to the victim, or alert an adult.”

Whenever an opportunity presents itself, you will also want to model for your son what it looks like to interrupt intolerance. As in all of parenting, our actions teach more than our words.

Hate-filled language is prevalent in our society, and there’s a risk our kids might come to see it as normal. But as a parent, you have an opportunity and an obligation to communicate your values about it and make your own rules, especially in light of a 2018 NPR report that found that right-wing hate groups were using video game chat to recruit children.

You also have further options to consider here, such as reaching out to the parents of the offending boys or reporting the hateful language to the administrators of the chat app. Whether or not you decide to involve other adults in addressing the problem, take the issue seriously, as you have, and treat it as an opening to nurture your son’s compassion, understanding, and developing a sense of the kind of person he wants to be.

This column does not constitute medical advice and is not a substitute for professional mental health advice, diagnosis or treatment. If you have concerns about your child’s well-being, consult a physician or mental health professional.

Psychologist Lisa Damour, responds to a reader’s question. The question has been edited and is being published with the consent of the person who submitted it.