South African wine consumers were never easily persuaded to buy wines whose component parts were concealed from view – and until the 1990s it was illegal for producers of blended wines to make any varietal claims on the front or back labels of the bottles. 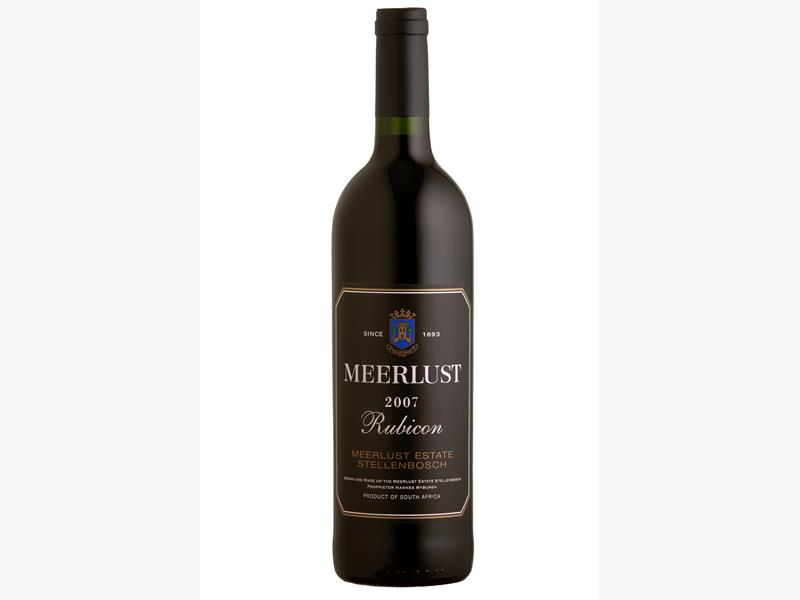 This meant that when the late Nico Myburgh of Meerlust launched Rubicon in the early 1980s he could not say – either on the label or on a leaflet or in an advertisement – that it was a Bordeaux blend comprising cabernet sauvignon and merlot. Amazingly the market knew, and with that launch the concept of the red Bordeaux blend reached the sophisticated South African red wine market.

It wasn’t the very first red Bordeaux blend produced: that honour goes to the late Billy Hofmeyr’s 1979 Welgemeend Estate Wine. Hofmeyr was a true pioneer of Bordeaux varieties in South Africa, as well as the mentor of many of the country’s leading winemakers of that era. He didn’t have the muscle of a major corporation to help brand and distribute his wine. Only the real cognoscenti knew about Welgemeend.

Meerlust, on the other hand, was part of the giant Bergkelder distribution network (though Myburgh maintained 100% ownership of the property, which had been in his family since the mid-18th century). The excitement that followed the launch – and constant undersupply – of Rubicon added cachet to the idea of a blended wine. Suddenly it became clear that leaving the details of the varieties off the label did not mean that the producer had something to hide. In fact, what followed was something of an arcane party game where wine buffs tried to find out exactly what went into their favourite blends – so they could show off their knowledge to their friends.

Today the red blend category teems with choice: from a really neat 2007 Bordeaux blend called Soopjeshoogte from Welgemeend (now under new ownership) to the cabernet franc-dominated Hillcrest Hornfels 2011, both in the more classically elegant style.

Beyerskloof, known for its pinotage, has used this variety in an assemblage that includes cabernet and merlot to produce perhaps the most striking Cape blend.

There are also the so-called Rhone blends (shiraz, grenache and mourvedre and often a little viognier) and other more extraordinary “fruit salads” that imbue the category with a sense of real discovery.