The enterprising young chef has travelled the world to hone her skills, yet her roots remain firmly planted in Africa. 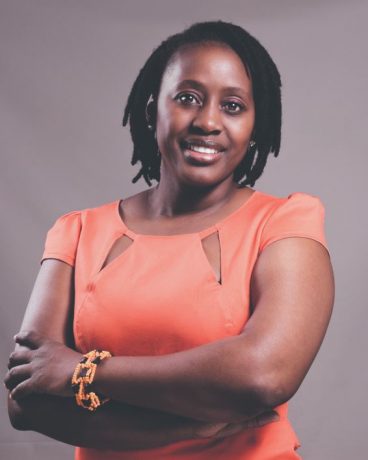 Author of the cookbook Through the Eyes of the African Chef, 42-year-old Nompumelelo Mqwebu was born on the north coast in KwaZulu-Natal, but grew up in Umlazi.

Cooking was just part of her life at home with her grandma who owned a diner and a father who had travelled the world as a cook, so food was part of many festivities enjoyed at home or while visiting family.

After mastering her fear of cooking among talented cooks at home, she started cooking at various functions – from family gatherings to weddings – and then decided to go to cookery school in Morningside.

While at cookery school she worked at Janet’s Restaurant in Kloof. She then went on to Zimbali Lodge and started private chef cooking part-time.

She left Zimbali to go solo and focused on Africa Meets Europe Cuisine, which she registered as a business while studying in 2005. Through the Eyes of the African Chef. Cost – R350. Picture: Supplied

She travelled and cooked via invitation, and attended cooking exhibitions and culinary tourism.

Before this, she spent 10 years training and mastering her cooking skills in South Africa and around the world, including at schools and kitchens in New York, London and Paris.

She has sat on various judging panels, including judging the 50 World’s Best Restaurants.

Having trained at the prestigious Ballymaloe Cookery School in Ireland, she has learnt how to make yoghurt, butter, preserves. All these recipes and the methodology are included in the book.

Mqwebu is an enterprising young chef who has travelled the world to hone her skills, yet her roots remain firmly planted in Africa.