From Mexico to the French Alps: Pretoria chef takes on the world

The past year has been nothing short of a culinary adventure, says the young chef. From Mexico to the French Alps, 23-year-old Pretoria chef Jessica Alcock has been on a whirlwind adventure since graduating from Capsicum Culinary Studio 18 months ago.

It has been an extraordinary journey for the young chef who is also a talented sportswoman.

“In June 2018, I decided to combine my passion for food, meeting new people and travelling, so packed my bags and left to base myself in Palma, Majorca to look for a job as a yacht chef, which I did within a week of arriving.

“The first month was spent as a freelance chef until I secured myself a job with a Dutch family on a yacht in Monaco.

“I was based there for two months, after which I decided it was time to experience a proper European winter and got a position as a private chef in a chalet in the French Alps.

“Currently I am working as a sous/crew chef on a yacht with a world cruising itinerary. I met up with the yacht in Mexico and we are currently crossing the Atlantic Ocean to Spain.

“It’s an absolutely amazing industry to work in but it requires a lot of determination and persistence.”

Tell us a bit about your background?

I started out as an athlete, enjoying the competitive nature of sport and being outside keeping fit and healthy.

I maintained this while studying for my culinary diploma at Capsicum’s Pretoria campus and, after graduating in 2017, decided to take what I had learnt and push myself further by joining the world of super yachts. 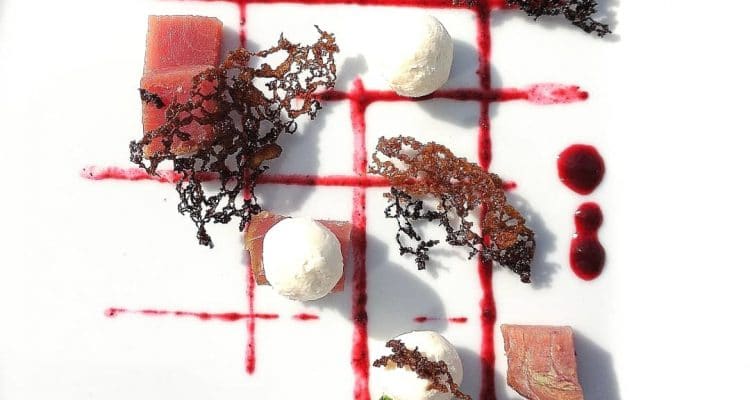 What has your culinary journey been like so far?

I started studying as a chef immediately after school with the intention of working sometime in the future as a chef on a yacht.

At the time I didn’t realise it would be so soon as I was a full-time athlete racing on the XCO mountain biking circuits with my goal being to participate in the Olympics.

But I decided to rather pursue my passion for food, follow my career as a chef and learn as much as possible while I’m still young and adventurous.

The past year has been nothing short of a culinary adventure with the privilege of working with many international chefs and crew members, learning their cuisines and cultures.

Would you recommend being a chef and the food industry as a career?

It’s an evolutionary industry that will always keep you on your toes. You can never go wrong with food as everybody has to eat!

It’s an industry that pushes you out of your comfort zone and service is an unexplainable adrenaline rush.

Tell us about cooking on a yacht and what you have learnt on your travels?

Cooking on yachts is a great test of skill and personality. It requires discipline, an open mind and flexibility.

One thing I have learned working abroad is to never stick too tightly to a schedule because nothing is certain.

I went on a spontaneous trip to Amsterdam where I had the privilege of eating at the Michelin star restaurant MOS. I had a tasting menu which consisted of six courses each paired with a wine or champagne.