“My son is a miracle, and the team who saved him are his angels," says mom whose 8-week-old son needed a liver transplant. 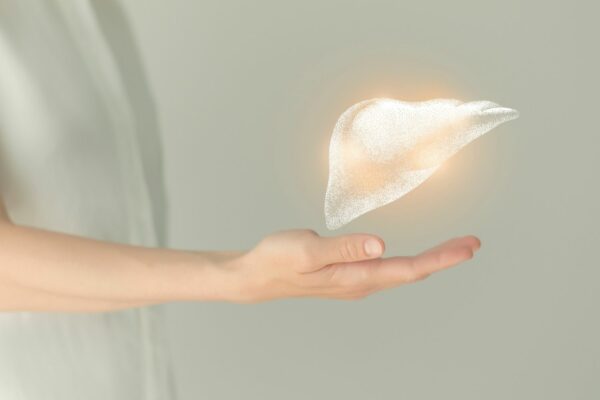 Those who saved him are his angels. Image: iStock

Being the youngest recipient of a liver transplant on the continent, his mother says her son is a miracle and the team who saved him are his angels.

Dani Wilson, the mother of baby Hudson Andrew, who has a twin sister, Harley Hawke, told Good Things Guy in an interview that never in her wildest dreams had she knew what was going to happen when she initially messaged her paediatrician, Dr Carice Goossens, concerned about Hudson not being himself.

What she initially thought was colic, quickly became concern for jaundice, as he also had it mildly at birth.

But, after seeing how high the Lancet results were, she took a screenshot and sent it to the doc, calling her to check. “Her response was to meet her at the paediatric ward immediately.”

Hudson was admitted to the Newborn Intensive Care Unit (NICU) immediately, where he was put on a drip. They stopped all feeds and called Dr Beretta at Donald Gordon.

Their precious baby boy was in acute liver failure.

More tests had to be done, and he was transferred to Donald Gordon Transplant NICU.

The doctors explained that they had to figure out the cause, in order to treat it correctly, which meant more tests, but Hudson’s condition worsened rather quickly and in addition to his liver failure, he also tested positive for enterovirus.

This flu-like infection could be fatal for the little one who has yet to build up immunity.

Family and friends met the Wilsons at the hospital the next day to show their love and support and it was then that the doctors explained that Hudson needed a liver transplant.

“My sister and two friends both said they would donate, and they started the process, which was incredible to have three people willing to donate their liver love for my 8-week-old baby. I called my other two closest friends to tell them what was going on, as the week had been an absolute rush. And they both came and got tested too.”

In the end, Wilson’s friend, Ali Piper was a match. “Let’s just say there were a lot of tears of happiness!”

After counselling sessions and meeting with the doctors, surgeons and specialists, Ali went into surgery to donate part of her liver to her friend’s son. Her gallbladder would have to be removed too.

“Nobody could give us stats and numbers,” Wilson told Good Things Guy. “…It had never been done on a baby this small. The smallest they had done was a 6-month-old.”

Ali came out of surgery at around 3AM that morning and everything went well. Hudson came out at about 4AM having made it through the surgery too and two weeks later, both are well underway of recovering. In fact, Ali went home on Thursday.

“I am so grateful to have such an amazing friend. She didn’t even hesitate,” says Wilson.

According to Wilson, the Donald Gordon team are world-class and they are the only hospital in Africa that will perform living donor transplants. “Being so small, getting a cadaver organ would have been impossible as there are no baby donors. Luckily Ali’s liver was small enough to fit him, and they didn’t have to leave his abdomen open.”

While it’s still a long road ahead, she says: “We as a family are just so thankful. My life has changed forever because of everyone involved.”