A new study has found a link between high dairy consumption and a higher risk of breast cancer. New US research has found that drinking even a moderate amount of dairy milk appears to be linked to an increased risk of breast cancer in women.

Carried out by researchers at Loma Linda University Health, the new study looked at 52,795 women with an average age of 57.1 years and evaluated their diets using measures such as food frequency questionnaires.

The women also completed a questionnaire at the start of the study which asked questions about health factors such as family history of breast cancer, physical activity level, alcohol consumption, hormonal and other medication use, and breast cancer screening.

All of the women were cancer-free at the start of the study and were followed for nearly eight years.

The findings showed that higher intakes of dairy milk were associated with a higher risk of breast cancer, when adjusted for soy intake, compared to low or no milk consumption. More specifically, the researchers say that drinking as little as ¼ to ⅓ cup of dairy milk per day was associated with an increased risk of breast cancer of 30%, and drinking up to one cup per day appeared to increase the risk by up to 50%.

For those drinking two to three cups per day, the risk increased even more to 70-80%.

The team also point out that current US Dietary Guidelines recommend three cups of milk per day. “Evidence from this study suggests that people should view that recommendation with caution,” said first author of the paper Gary E. Fraser, MBChB, PhD.

As the new study is observational, the researchers cannot establish a cause and effect relationship between dairy milk and breast cancer risk. However, Fraser said that the study provides “fairly strong evidence that either dairy milk or some other factor closely related to drinking dairy milk is a cause of breast cancer in women.” 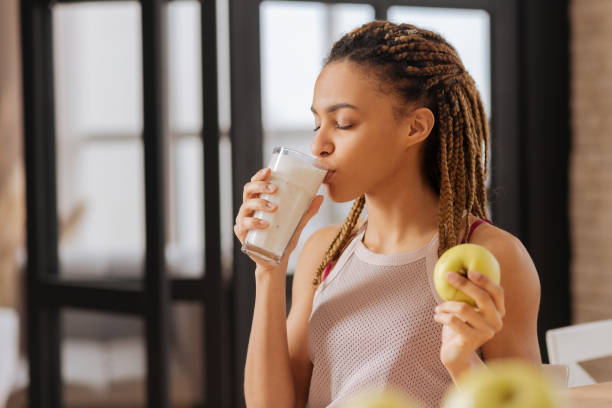 He added that “the data predicted a marked reduction in risk associated with substituting soy milk for dairy milk. This raises the possibility that dairy-alternate milks may be an optimal choice.”

Fraser said the dairy milk may be linked to breast cancer risk because of the sex hormone content of dairy milk, as the cows lactating and around 75% of the dairy herd is often pregnant, and breast cancer in women is a hormone-responsive cancer.

Previous studies have also linked intake of dairy and other animal proteins with higher blood levels of a hormone which is thought to promote certain cancers.

“Dairy milk does have some positive nutritional qualities,” Fraser said, “but these need to be balanced against other possible, less helpful effects. This work suggests the urgent need for further research.”