Children aged six to 13 years are recommended to get nine to 11 hours of sleep a night. 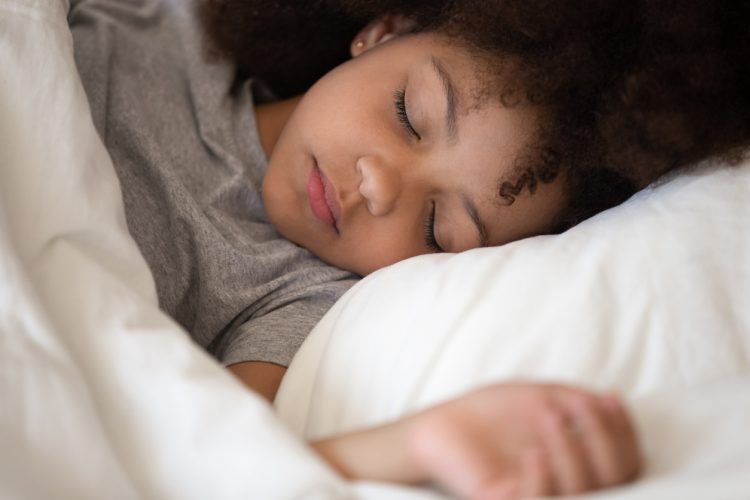 New European research has found that children who don’t get enough sleep may be at a higher risk of developing mental health problems such as ADHD, anxiety and depression.

Carried out by researchers at the Norwegian University of Science and Technology and the University of Bergen, Norway, the new study looked at 799 children who were followed from the age of 6 to 12 years.

Every two years, the children were asked to wear an accelerometer, 24 hours a day over a seven-day period to track their movement and were interviewed on more than one occasion to measure any mental health difficulties that they might be experiencing.

Insufficient sleep was defined as sleeping less than seven hours a night on average over the seven nights.

The findings showed that children who got the least sleep had the greatest risk of developing mental health issues. “If we make sure our children get enough sleep, it can help protect them from mental health problems,” says study author Bror M Ranum. “We’re seeing an association between sleep duration and a risk of symptoms of emotional and behavioural disorders.”

The researchers also looked into whether it might be the mental health problems which were causing the lack of sleep, but the data showed that it was sleep duration which influenced mental health, and not the other way round.

“Previous studies have also shown that sleep is related to mental health difficulties. But our study is one of the first to investigate this in children over several years, and to use an objective measurement of sleep,” says senior author Silje Steinsbekk at NTNU’s Department of Psychology. “Our study shows that the children who sleep fewer hours than others more often develop psychiatric symptoms, even two years later.”

According to guidelines from the National Sleep Foundation (NSF), children aged six to 13 years are recommended to get nine to 11 hours of sleep a night, and less than seven hours sleep a night is “not recommended”.

Ranum added that children do require different amounts of sleep, and what is too little for one might be sufficient for another.

“But if you find that your child seems to be under the weather and can’t concentrate, or you notice their mood fluctuate more than normal, then you may want to help them get more sleep,” he adds.