Sometimes days? How long coronavirus survives and precautions you should take

According to one study, it can be effectively wiped away with household disinfectants, but it's far more resilient than a standard flu bug. 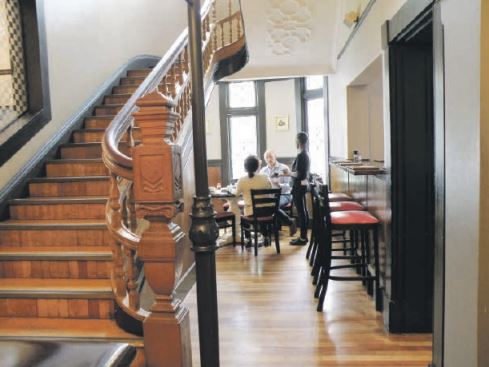 With the number of confirmed cases of Covid-19 in South Africa climbing daily, and local transmissions increasing, it is now more important than ever to practise good hygiene.

Cleaning supplies, soaps and hand sanitisers are flying off the shelves as people try to contain the spread of the virus.

How long can it live on surfaces?

The coronavirus can survive on some surfaces for days or in the air for several hours, according to a study published in the New England Journal of Medicine on Tuesday.

A study published on 1 March in the Journal of Hospital Infection looked at the lifespans of other coronaviruses found in humans on various surfaces. The SARS coronavirus, at a temperature of 68 degrees Fahrenheit (20 degrees Celsius), lasted for two days on steel, four days on wood and glass, and five days on metal, plastic, and ceramics.

To put this in perspective, the flu virus can stay live on surfaces for only 48 hours.

The new coronavirus was detectable for up to four hours on copper and two to three days on plastic and stainless steel, and for up to 24 hours on cardboard.

The team used a nebuliser to simulate a person coughing or sneezing, and found that the virus became an aerosol – meaning its particles became suspended in the air – making it detectable for almost three hours.

The study was first posted on a medical pre-print website last week before it was peer-reviewed, and attracted much attention, including some criticism from scientists who said that it may have overstated the airborne threat.

Scientists found the virus that causes the Covid-19 disease had similar levels of viability outside the body to its predecessor that caused SARS.

This means that other factors such as greater transmission between people with no symptoms might be why the current pandemic is far greater than the SARS outbreak of 2002-03.

According to the study published in the Journal of Hospital Infection, SARS-CoV-2 can be effectively wiped away with household disinfectants.

Disinfectants containing 62%-71% ethanol, 0.5% hydrogen peroxide or 0.1% sodium hypochlorite (bleach) can deactivate the virus within one minute.

However, it is not recommended to use disinfectants on your hands. It is safest to follow guidelines from the World Health Organisation and use soap and water or alcohol-based hand sanitisers.