The decrease of muscle mass happens in a short period of time and can have an impact on metabolism, says researcher. Carried out by researchers at the University of Jyväskylä, Finland, the new study looked at 234 women aged 47 to 55 who were followed from perimenopause to early postmenopause, which is the stage after menopause when menstruation has permanently stopped.

The women had their muscle mass measured and hormone levels tested in the perimenopausal state and right after entering postmenopause. The women were also asked to self-report their physical activity levels and wear an accelerometer for seven days, which is a wearable device that records movement. The findings showed that the average duration of menopausal transition was one-and-a-half years, although the researchers note that the time it takes to go through menopause is unique for each woman. For some of the women in the study it took less than six months, and for others it took more than three years.

The researchers also found that during this time the women experienced significant decreases in various measures of muscle mass, an average of a one percent decrease in muscle mass.

However, women who were more active during the menopausal transition had higher muscle mass before and after menopause compared to the less active women, which the researchers say highlights the importance of keeping active during the transition from perimenopause to postmenopause, when the production of oestrogen stops and leads to a decline in muscle mass. 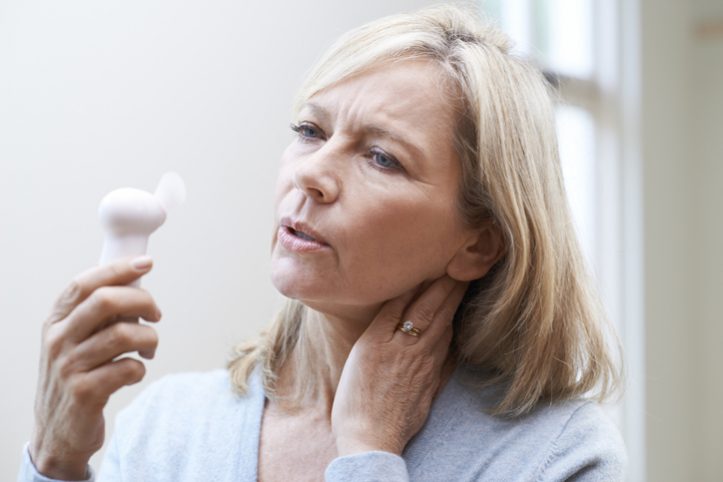 “We already knew that oestrogen has a role in the regulation of muscle properties,” says doctoral student Hanna-Kaarina Juppi.

“By following the hormonal status, measuring many aspects of muscles and by taking into consideration the simultaneous chronological ageing of women going through menopausal transition, we were able to show that the decrease of muscle mass takes place already in early postmenopause.”

“The observed change does not seem like much, but what is meaningful is that the decline happens in a short period of time and can have an impact on metabolism, as muscles are important regulators of whole-body metabolism,” added Juppi.