New research has found a link between smoking and feeling lonely. A new UK study has found evidence to suggest that there may be a causal link between smoking and feelings of loneliness, and that lonely individuals may be more likely to start smoking and find it more difficult to quit the habit.

Carried out by researchers at the University of Bristol, the new research looked at data gathered from large genetic studies which had investigated loneliness, smoking habits and alcohol use in hundreds of thousands of participants.

Although many studies have shown that there is an association between smoking and loneliness, it has been hard to investigate whether smoking leads to loneliness or vice versa. 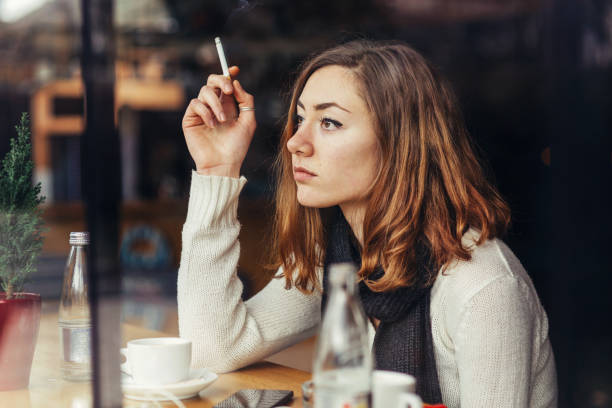 So to determine this, the researchers used a technique called Mendelian randomisation, which involves studying genetic variants to see whether certain factors are associated with a higher or lower risk of disease. As it gives more reliable results than using self-reported data, which can be prone to errors, any associations found are more likely to suggest a direct causal relationship.

The findings, published in the journal Addiction, showed that there is evidence to suggest that increased loneliness is linked to an increased chance that someone will start smoking. It was also linked to smoking more cigarettes per day, and a decreased likelihood that a person will successfully quit. There was also some evidence that starting smoking increases loneliness.

However, the researchers found no clear evidence for a causal relationship between loneliness and alcohol use and abuse.

“Our finding that smoking may also lead to more loneliness is tentative, but it is in line with other recent studies that identified smoking as a risk factor for poor mental health. A potential mechanism for this relationship is that nicotine from cigarette smoke interferes with neurotransmitters such as dopamine in the brain,” said senior author Dr Jorien Treur. “While the method that we used in this study has important advantages, it is also early days for this type of study. We therefore suggest further research is conducted when more is known about the genetics of alcohol dependence and loneliness,” added Treur.

“Smoking is the leading cause of preventable premature death, with 30 times as many people who die suffering serious smoking-related illnesses such as cancer, heart and respiratory disease. This research highlights the need for smokers suffering from loneliness to be given support to stop, to improve not just their health and wellbeing but also to help reduce their loneliness.”