Ever since being diagnosed with PCOS, Hirayama has dedicated time to taking part in PCOS Awareness Month and bringing awareness to PCOS. 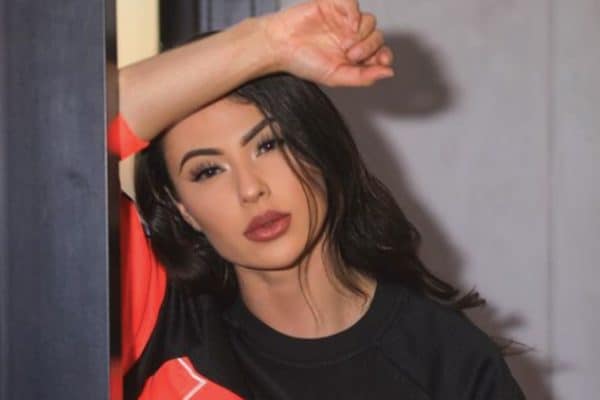 The Massiv Music host took to Instagram to share an infographic (along with a gorgeous photo of herself) with the caption ‘Happy PCOS Awareness Month.’

Hirayama was diagnosed with Polycystic Ovarian Syndrome (PCOS) some years ago after months of dealing with uncontrollable weight gain and acne breakouts that she says she was once teased for.

“I craved fried foods and sugar, struggled to sleep and started losing my memory, not a good thing when your job is to remember scripts,” said Hirayama in a recent interview with Sunday Times Lifestyle about being diagnosed with a condition that she had initially mistaken for ordinary Premenstrual Syndrome (PMS).

What is Polycystic Ovarian Syndrome (PCOS)?

According to Healthline, PCOS is a condition that affects a woman’s hormone levels and causes sufferers to produce higher-than-normal amounts of male hormones (androgens). This hormone imbalance causes PCOS sufferers to skip menstrual periods and makes it harder for them to fall pregnant. The syndrome can cause hair growth on the face and body as well as baldness. It can also contribute to long-term health problems like diabetes and heart disease.

“I had acne on my chest, back, and neck, and hair in unwanted places so eventually, I could not ignore it,” said Hirayama.

Her initial reaction to her diagnosis was devastation as she was told that it would be difficult for her to fall pregnant and she was at increased risk of a heart attack.

Hirayama had to visit a number of specialists and try out a range of prescriptions before finding the right solution for herself. Among these solutions include what has been dubbed the “typical” PCOS treatment – the combination of birth control pills and diabetes medication – as well as a blend of homeopathic medicines not yet available in South Africa.

According to Hirayama, she only started to feel better after taking a mix of “herbs, amino acids, minerals and a certain vitamin” not readily available in South Africa.

She then partnered with an unidentified pharmaceutical manufacturing facility and her uncle, Dr. Russell Cooper, an Australian-based medical practitioner and Wits graduate, to create a supplement aimed at relieving the effects of PCOS for South African women.

Treatments for PCOS are notoriously hard to find and there is no singular approach to the treatment.

As such, a crowdsourcing research platform called StuffThatWorks has launched a platform to host their crowdsourced medical research on PCOS and are looking to contribute towards raising awareness during PCOS Awareness Month.

“We gathered real-user data from more than 44,800 participants suffering from PCOS and found 655 possible treatments for this condition. We then used machine learning algorithms to find out which treatments were the most effective,” explained the platform in a statement.

StuffThatWorks added that their large contributor base and their findings are supported by a talented team of medical professionals and research advisors.

“Our community users take comprehensive surveys to evaluate their personal experience with each treatment. Once they’ve done so, our machine learning algorithms can tell which treatment is the most effective for each condition.”

September has been declared PCOS Awareness Month and awareness efforts will continue all month long.

READ NEXT: Why women with PCOS need mental health screening