Asthma is defined as a condition when a person's airways are inflamed and produce more mucus than usual, making it much harder to breathe. 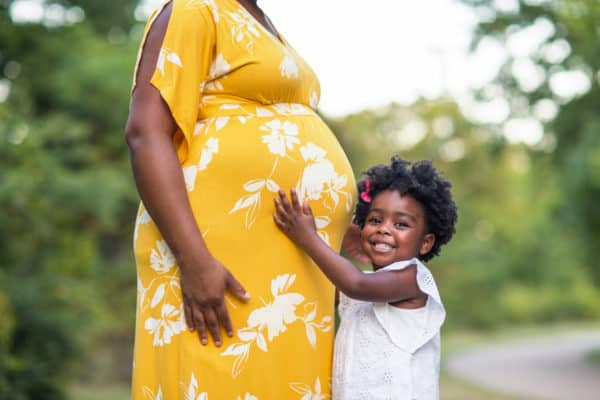 A pregnant woman with her child. Picture: iStock

A study has shown the effects ultrafine pollution may have on unborn children, as well as their pregnant mothers, and asthma seems to be the greatest concern.

Asthma, also known as bronchial asthma, is defined as a condition when a person’s airways are inflamed and produce more mucus than usual, making it much harder to breathe.

Researches from the Mount Sinai Hospital in New York City have discovered that ultrafine particles can get much deeper into the lungs, and make their way into the body’s circulation.

According to lung.org, ultrafine pollution or particle pollution is defined by the mix of small solid and liquid ultrafine particles in the atmosphere which we breathe.

These particles are small enough to pass through the lung tissue and into the bloodstream, circulating like usual oxygen molecules themselves.

The pollution’s effect on children’s lungs is thought to be the result of the small particles that have made their way through the mother’s body circulation and into the foetus’ body.

Lung.org further explains that the effects of particle pollution are increased risks of heart disease, lung cancer and asthma, and it can also interfere with the natural growth and functions of the lungs.

The team of researchers from the Mount Sinai Hospital conducted a study which consisted of 370 pregnant woman, where they monitored their health.

After some time, the researchers followed up with the mothers to find out if their children were diagnosed with asthma, and it was revealed that 18% of the children from their study were indeed diagnosed with the chronic illness, compared to the 7% of children who have been diagnosed across the United States.

The team also found that the children of the parents who did report back that their children had asthma, were mostly diagnosed with the chronic illness when they were three years old.