The number of psychiatric patients has also increased to more than four times the hospital's capacity. 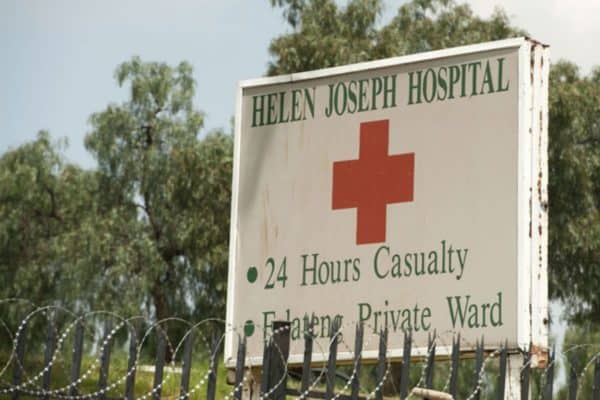 A sign at the Helen Joseph hospital in Westdene. Picture: Refilwe Modise/The Citizen

With 148 vacancies, the hospital’s staffing problems and lack of space have severely compromised hospital care.

Deaths and adverse events have increased at the hospital’s emergency department as they battle with a flood of extra patients who have spilled over from the fire-damaged Charlotte Maxeke Johannesburg Academic Hospital.

During a session at the Gauteng legislature, Mokgethi painted a grim picture:

The number of psychiatric patients has also increased to more than four times the hospital’s capacity.

Mokgethi said her department had received complaints relating to the abuse of staff.

In two of the incidents reported, a security guard was stabbed and a patient tried committing suicide in a small cubicle.

The hospital’s 148 vacancies include 125 nursing spots and eight vacancies in the hard-pressed emergency unit.

The DA’s shadow MEC for health Jack Bloom said there were 2206 funded posts in total.

“The hospital should have 943 more posts to perform its upgraded functions as a tertiary hospital. A proposed organogram for these posts was submitted in January 2013 but was never implemented,” said Bloom.

“I am greatly concerned at the Gauteng health department’s neglect of this hospital by starving it of the funds and staff needed to provide a proper health service for patients,” he added.

The most visible strain is in the emergency department, where medical negligence has soared, and lives were lost because of gross overcrowding.

In that case, the Special Investigating Unit found that money was spent irregularly.

“This money should have gone to existing hospitals like Helen Joseph, which are struggling with extra patients due to Covid-19 and the partial closure of the Charlotte Maxeke Johannesburg Hospital,” said Bloom.