Mark Pilgrim has started chemotherapy to treat his cancer which returned shortly after he celebrated 33 years in remission. 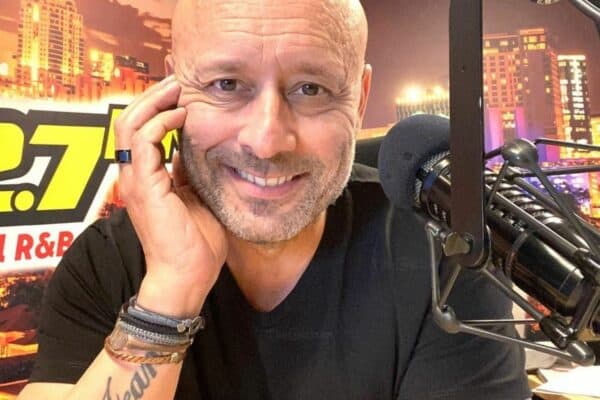 After recently confirming that his cancer had returned 33 years after he went into remission, radio host Mark Pilgrim has officially started his chemotherapy journey.

He confirmed it in an Instagram post and has been sharing updates with his followers on his profile.

“Day one of treatment. A tribute to the nursing angels that hold patients hands everyday… making tough moments just a little bit easier. Thank you,” he wrote.

He confirmed the return of his cancer in February in a post on social media celebrating his wife and family, just weeks after celebrating being in remission for over three decades.

“In my moments of weakness, you encourage me to find my strength. Thank you my Adrienne. Spending a few days with all my girls, appreciating love and life, gulping in the fresh air (and some Amarula), before the tough journey begins… again,” tweeted Mark.

He later explained in a more detailed message.

“Thank you for all the kind messages of support as I’ve spent a few days away with loved ones. We’ll know the full extent of what’s going on in a few days after the PET scan. Suffice to say, the Big C has come knocking on my door again,” wrote Mark on Instagram.

He also thanked his radio family at Hot 102.7 whom he said had been “amazingly supportive”. Mark currently hosts the 9am-12pm slot at the community station.

“I ask for your patience when I’m off air receiving treatment. My pledge to you is that as long as I have the strength to climb the three flights of stairs at the studio and do a good show, I’ll be there on air, having a laugh and keeping each other company with some good tunes,” he promised his listeners.

“I’m not Chuck Norris. Yes, I am scared. I am also strong. Both emotions run parallel with each other. I’m under the care of incredible doctors and surrounded by love,” he concluded before stating that his “story” was not over.

Mark’s post was immediately met with messages of support and encouragement.

Mark was diagnosed with stage 3 testicular cancer in 1988.

According to his Wikipedia page, it was an aggressive form of cancer and spread to his lungs and kidneys.

“After nine months of chemotherapy, he was declared to be in remission and had remained so for about 33 years.”

Over the decades, he was worked as an ambassador for the Cancer Association of South Africa (Cansa) and has been “a friend” of the Reach for a Dream Foundation.

READ NEXT: Mark Pilgrim bounces back – again – after Covid scare