Can video games have therapeutic properties?

Video games, designed by video game experts and doctors, to address needs in the field of mental health are expected to be released in 2023 . 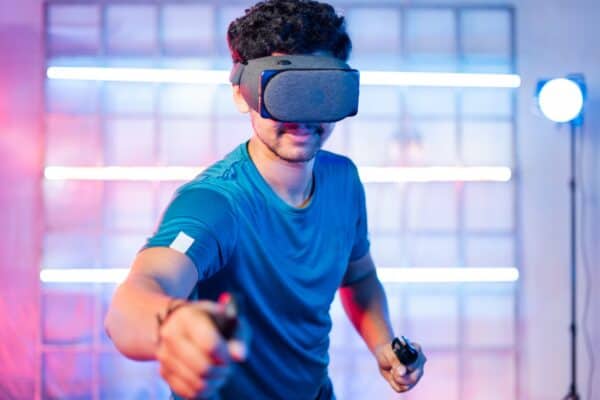 Start-up DeepWell Therapeutics is aiming to combine video games and medicine in order to create games that are entertaining, but also therapeutic. These games, designed by experts and doctors, are expected to be released in 2023 and are designed to address needs in the field of mental health.

What if video games could improve your mental health? Mike Wilson, co-founder of Devolver Digital, and Ryan Douglas, founder and former CEO of medical device company Nexter, are betting that it’s possible with the launch of DeepWell Therapeutics (DTx).

The company describes itself as “a first-of-its-kind video game publisher and developer dedicated to creating best-in-class gameplay that can simultaneously entertain and deliver, enhance, and accelerate treatment for an array of globally pervasive health conditions.”

Long criticized for being violent or addictive, video games can also present a health solution that the company founders say should be seized upon.

“Our medium is often harshly judged for its perceived negative impacts on the mind and body,” Mike Wilson, co-founder of DeepWell, said in a statement released last week.

“But the scientists who study video games, as well as the developers who build them at the highest levels, already know the opposite is true.”

A committee of medical and video game industry experts have been working for a year to develop these new health tools. The first games should be released by 2023 and are designed to be used to treat depression, hypertension or mild anxiety, Axios reveals.

While the DTx entrepreneurs did not elaborate on how exactly these games can benefit mental health, one can theorize that the effects stem in part from video games’ entertaining aspects that can reduce stress, for example.

In 2008, the release of the game “Wii Sports” on Nintendo’s Wii console sparked interest from the American Council on Exercise (ACE).

According to the authority, a study conducted in collaboration with the University of Wisconsin found that “playing Wii Sports increases heart rate, maximum oxygen intake and perceived exertion, which ultimately translates to calories burned.”

With that in mind, DeepWell’s founders aim to develop the company into an officially recognized medical video game publisher.

In the words of Ryan Douglas, who has overseen more than 20 Food and Drugs Administration (FDA) approved devices, “we’re building and repurposing games that look like, feel like, and play like pure entertainment, but that come imbued with potent digital therapeutics that align with our hardwired, neurological reward mechanisms.”

“This is a groundbreaking moment that will bring video games and medicine together in a way that neither field has ever truly contemplated before, prioritizing a level of patient engagement that has eluded most of modern medicine,” he said in the release.

READ NEXT: How to protect your mental health as a video game player