As the world commemorates International Nurses Day, SA nurses don't have much to celebrate. 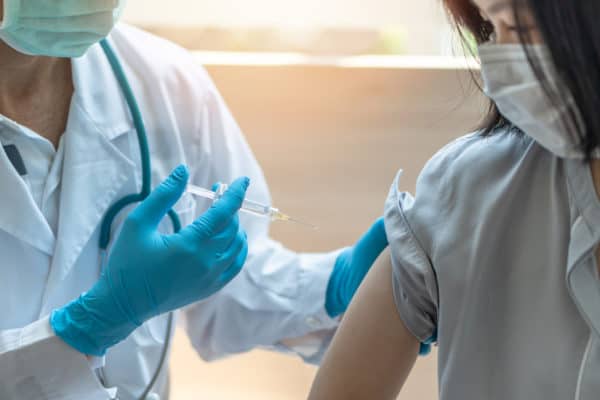 The Young Nurses Indaba Trade Union (YNITU) has called on the country’s nurses to boycott all celebrations and commemorations of International Nurses Day on Thursday.

Nurses around the world will commemorate their vocation under the theme “Nurses: A Voice to Lead – Invest in Nursing and respect rights to secure global health.”

But South African nurses have nothing much to celebrate.

After two years at the frontline of the global Covid-19 pandemic, hundreds of nurses in the Western Cape and Gauteng who were contracted to supplement health staff had their contracts terminated, with no hope of further employment.

“Nurses were hailed as heroes during the Covid-19 pandemic, but they did not get any recognition in terms of increased pay, not even as a token of appreciation from employers,” General Secretary, Lerato Mthunzi.

Despite hospitals and clinics experiencing chronic staff shortages, the solutions implemented to address the needs of the pandemic were clearly only geared toward plugging the holes in the short term.

Nurses hired through fixed-term contracts have little to no room to grow their careers, let alone nail down permanent positions with benefits.

“YNITU strongly believes that nursing in general as a profession is under attack by those who are entrusted to transform it,” said Mthunzi.

“Education, training and development of nurses has reached a screeching halt,” explains Mthunzi.

The union is accusing the South African Nursing Council (SANC) and the Council for Higher Education (CHE) of denying nurses access and career progression opportunities.

YITU’s sentiments come amid a study by Stellenbosch University’s Department of Nursing and Midwifery, into the state of nursing care for the elderly.

“Nurses provide an important service to the elderly in long-term care facilities (LTCFs) by seeing to it that the elderly receive the right medication and stay healthy in their twilight years,” said Stellenbosch University’s, Emerentia Nicholson and Anneleen Damons.

“We found that the nursing workforce in LTCFs is getting older, training is outdated, workloads increase, and information technology skills are lacking,” said Nicholson and Damons.

The study focused on the age, experience, training, and skill mix of nurses who care for the elderly in LTCFs in the Western Cape and the impact thereof on how they administer medication.

At least 123 registered nurses (RNs), enrolled or staff nurses (ENs) and auxiliary nurses/assistants (ENAs), aged between 31 – 51 were surveyed, of which the majority aged between 51 and 60 years, nearing retirement.

“A few were between the retirement age of 61 and 70 years. Some had been working in LTCFs for nine years or more, while others had less than four years of work experience,” explained Nicholson and Damons.

The study found that while there are positive aspects of an ageing nursing workforce, such as a well-entrenched set of skills and knowledge, older nurses experience diminishing physical abilities and struggled to cope with the job demands, paperwork and new technology.

The researchers say the nurses’ responses to questions about information technology skills, especially the use of computers, emphasise the need for improved training.

“Only a small number of nurses considered themselves fairly or very experienced in using computers. Most nurses were either very inexperienced or had average knowledge of how to use computers.

The majority of ENAs and just over one-third of ENs never use a computer at work. Of the RNs, 75,0% used a computer daily at work.

They primarily used computers for collating patient data and records and work emails.

Researchers in the study said surveyed nurses reported outdated medication training, pressure to complete drug rounds on time, a heavy workload, poor knowledge of the action and side effects of medications, and a lack of training were some of the common reasons for medication errors.

“Another reason for errors is a lack of accountability by nurses such as not signing for medication that was indeed administered, not recording reasons for non-administration, omission of times for as needed (pro re nata) medications, no witness available to sign changes in medication administration records, and not recording actual amounts.”

Outdated medication training has an impact on the processes they follow when administering medication, added the researchers.

The majority of RNs were diploma qualified which were obtained years ago, and only a few are busy with further nursing studies.

Only a few nurses reported receiving the mandatory six-monthly in-service medication training prescribed by the Department of Health.

Some pointed out that they did not receive training on the effects, and side effects of common medications and on pre-checks before administering them.

This is why YNITU is urging all nurses not to attend or participate in any celebrations associated with International Nurses Day, but to assemble at the Union Buildings at 9:00 am in Pretoria.

Thereafter, nurses will march to the SANC offices.

“There is absolutely no reason to celebrate International Nurses Day in South Africa,” said Mthunzi.

Mthunzi said nurses are exhausted and fatigued from having to stretch themselves thin because of the gross shortages of all categories of healthcare workers.

“Nurses find themselves doing jobs of health support staff such as cleaners, porters, food service personnel, security as well as the doctors’ or the pharmacists’ work because the employer is failing to fill these vacant positions in health facilities.”

With the threat of future deadly pandemics, the union is demanding a massive overhaul of nurse training to ensure a proactive response to public health management, instead of the reactive one adopted by government in 2020.