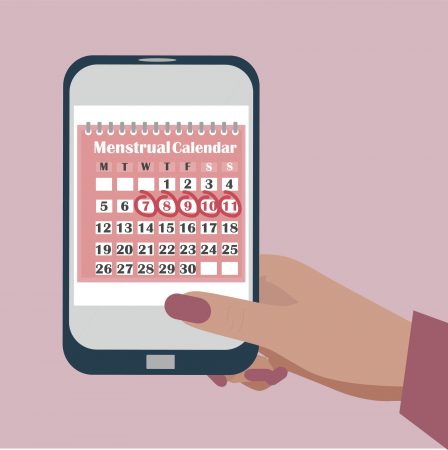 Samsung is joining Apple and Fitbit in offering menstrual cycle tracking in their dedicated Health application, according to a report by Sam Mobile.

How useful could such an addition be to people with periods? It depends on what you’re using it to predict.

Like other major smartphone manufacturers, Samsung has finally decided to add a menstrual cycle calendar to its native Health app to help those with periods track a major component of their well-being.

As with other applications, this feature can inform users when their next period, fertile window and ovulation will occur based on the start date and length of their last period.

People can also indicate the symptoms and moods they experience each day along with their sexual activity. Any options that are not automatically provided by the app can be documented in the notes section of each day.

While the predictions made by the application are based on existing medical data about female health, their accuracy should be questioned by each user — particularly by those relying on such a tool as a contraceptive or to conceive.

For Samsung device owners in need of a calendar which will predict their next period, this addition to Samsung Health is a solution that would streamline their digital experience, preventing them from having to download and reference a separate, third-party application.

For those looking to conceive or the opposite, it’s best to confer with a doctor; however, the application will offer reasonable guidance as to when one is potentially ovulating.

In any case, Samsung Health’s menstrual cycle addition is a tool that is better executed than most third-party options as the interface is neutral like the rest of the app’s categories — regardless of the purpose for which you’re using it — and the information that can be tracked surrounding periods is plenty.

The update is currently rolling out to users as part of version 6.9.0.055. Those who don’t have access to it yet can manually download the APK.