Naturally it will carry over styling cues from the existing GLE SUV, but with a more rugged look, while retaining the signature Mercedes-Benz front end.

Just a few weekends ago we got our eyes on a leaked roadmap that revealed that the Mercedes-Benz bakkie, rumoured to be called the GLT, will hit South African shores in 2017, boasting similar styling cues to the GLE SUV.

But then again in June, spy photographers caught a prototype testing, and according to close sources, the Mercedes bakkie could make use of the Nissan Navara as a platform. Based on the early spy photos, it appears Mercedes will widen the existing Navara and will share a lot of Nissan’s architecture underneath.

ALSO READ: Are we finally getting a BMW bakkie? 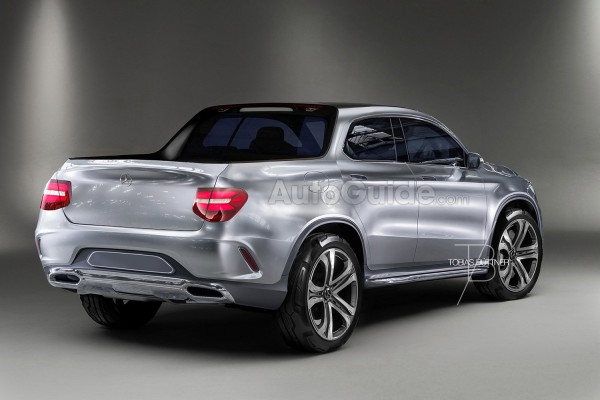 AutoGuide.com worked with digital artist Tobias Büttner to come up with what is believed the Mercedes-Benz GLT bakkie could look like when it bows in 2017.

Naturally it will carry over styling cues from the existing GLE SUV, but with a more rugged look while retaining the signature Mercedes-Benz front end. Expect it to be stylish yet aggressive with a hint of off-road design throughout.

Good news is that the Mercedes-Benz GLT pickup is being considered for South African market, so look out for something like this next year.