Mercedes is partnering with the Renault-Nissan Alliance for building the production version of the X-Class.

Mercedes-Benz sees a hole for a premium entry in the bakkie segment throughout most of the world, and the Concept X-Class is the brand’s idea for combining traditional bakkie utility with some of the company’s luxury legacy. 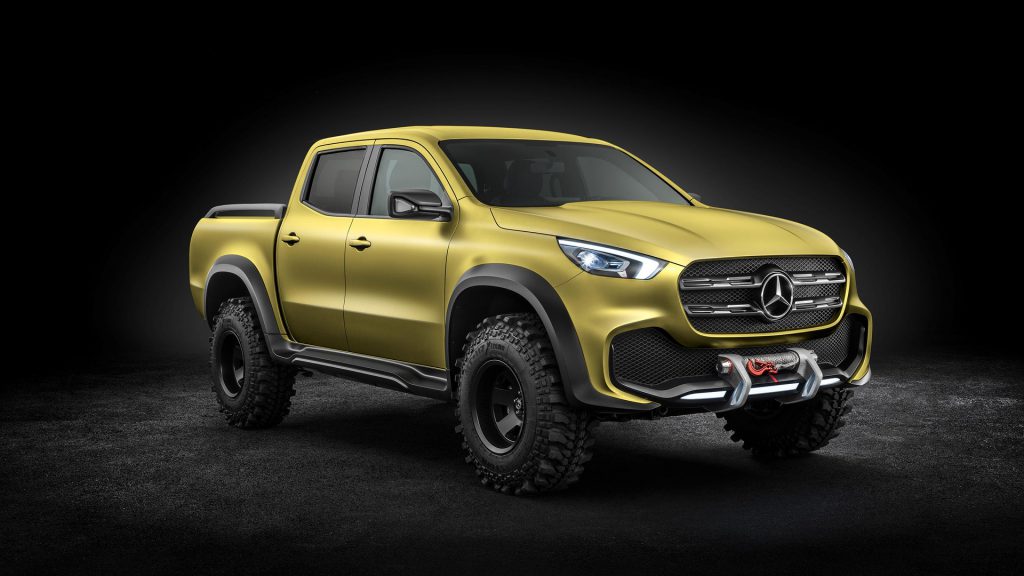 The German automaker is now debuting two visions of the model in Stockholm, Sweden.

One of them highlights the vehicle’s style, and the other shows its off-road capability. The production version will be on sale in South Africa in early 2018.

Mercedes keeps the technical details fairly light, but we know the underpinnings come from the Nissan Navara. These concepts use a diesel V6 with 4Matic all-wheel drive, an off-road ratio transfer case, and differential locks for both axles. The company claims the bakkie can carry a payload of 2,430 pounds (1.1 metric tons) in the bed and tow 7,720 pounds (3.5 metric tons) As a vehicle that also needs to work for families, safety is a big deal, and Mercedes installs an array of sensors for enabling the latest driver assistance systems.

The Concept X-Class is supposed to be a stylish bakkie that a worker could use on the job but still have no problem hauling the family.

@MercedesBenz_SA has finally unveiled its bakkie dubbed the X-Class. Set to arrive in SA in early 2018. @TheCitizen_News pic.twitter.com/Dp7up6TSxk

As such, the design blends characteristics from Mercedes’ luxury vehicles and from traditional bakkies. The front end is smooth and wouldn’t look too out of place on one of the brand’s crossovers. Muscular fenders communicate the model isn’t too soft, though. Inside, these concepts use high-end materials such as Nappa leather, wood veneers, and polished aluminum. The infotainment system sits high on the centre stack, and there’s a multifunction touchpad on the console for controlling it.

Mercedes is partnering with the Renault-Nissan Alliance for building the production version of the X-Class. Nissan’s factory in Barcelona, Spain, will build the examples for Europe, Australia, and South Africa. 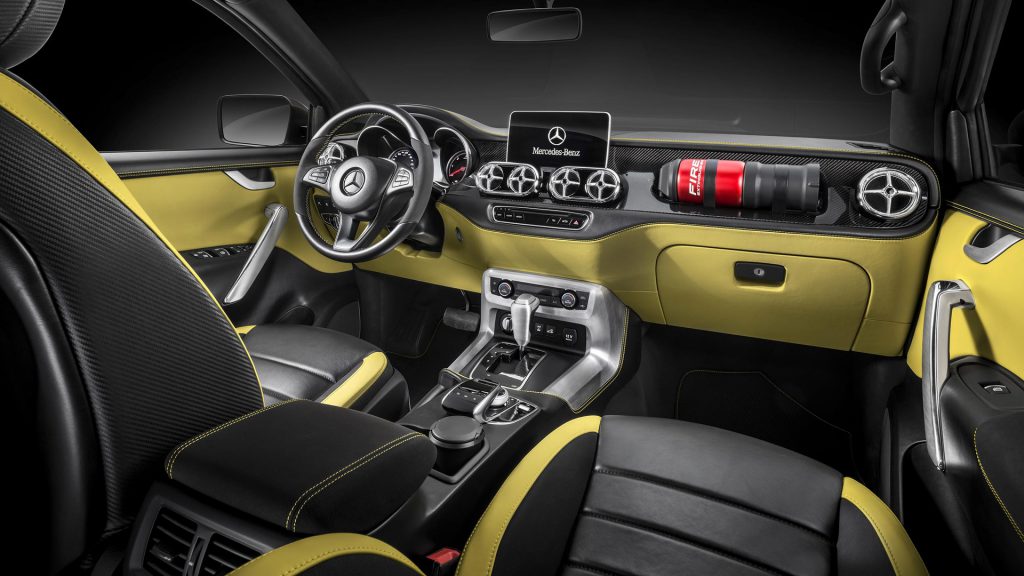 Expect it to land on dealership floors in early 2018 with pricing information and specifications to follow prior to its local launch.