Driven all-new BMW 5-Series lives up to the hype

Impressive list of features are set to impress the driver and passengers. Up in the top end of the new vehicle market, where all the executive sedans live, there’s traditionally been a great rivalry between the big three Germans: Audi, BMW and Mercedes-Benz. Recently, the Mercedes-Benz E-class had gained an edge over the Audi A6 and BMW 5-series. But now, a new seventh-generation 5-series has arrived.

It looks fresh and ready for a morning drive in Western Cape, George. To be honest, BMW has done a great job by filling the new 5-Series with goodies that lurk in the flagship 7-Series.

Having spent a minute in the car, I was hooked. It looked bigger and better. Available from launch are strong four- and six-cylinder petrol and diesel engines, 520d, 530d, 530i (which supersedes the petrol unit previously fitted in the BMW 528i) and 540i (previously 535i), which tops the engine line-up for now – before the M5’s arrival. To begin with, the drive programme featured roads through the Outeniqua Pass, one of the few wonderful mountain passes in SA, which feature surfaces that are undulating and uneven, a perfect environment to try out the new models.

Thanks to what BMW calls Efficient Lightweight design, which involves increased use of aluminium and high-strength steels, the new 5-Series weighs 100kg less than the outgoing model.

For a moment, you’d think this is a mini 7-Series as soon as you step inside, BMW added the latest iDrive multimedia system with a reconfigurable 10.3-inch touchscreen and gesture control, which first came in the 7-Series. 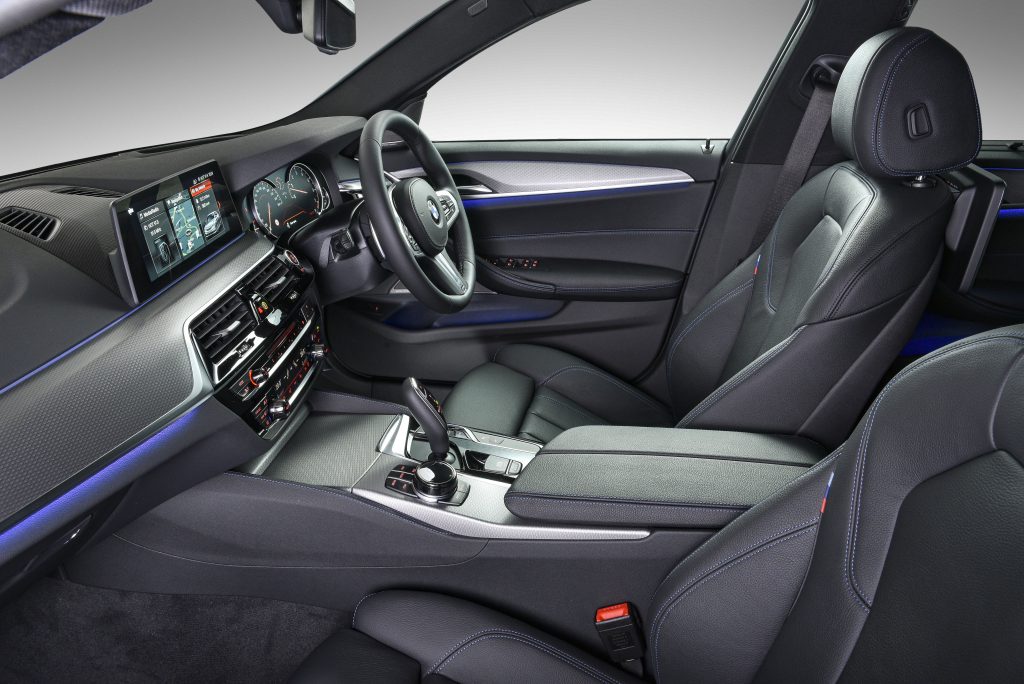 Another impressive feature is the smart key, which, like the 7-Series, can also tell you a whole deal of information about the car and also allows for remote parking retrieval from tight spaces.

The new 5 is a big car and there’s space inside for five people, although the person in the middle backseat draws the short straw because of the large transmission tunnel between their legs.

This is something rivals suffer from, too. But the driver’s seat offers lots of adjustment, so getting comfortable was easy. As with the previous car, the new 5-Series comes with multiple driving modes, including Comfort, Sport, Eco Pro, and Adaptive, when equipped with the Dynamic Damping Control system. 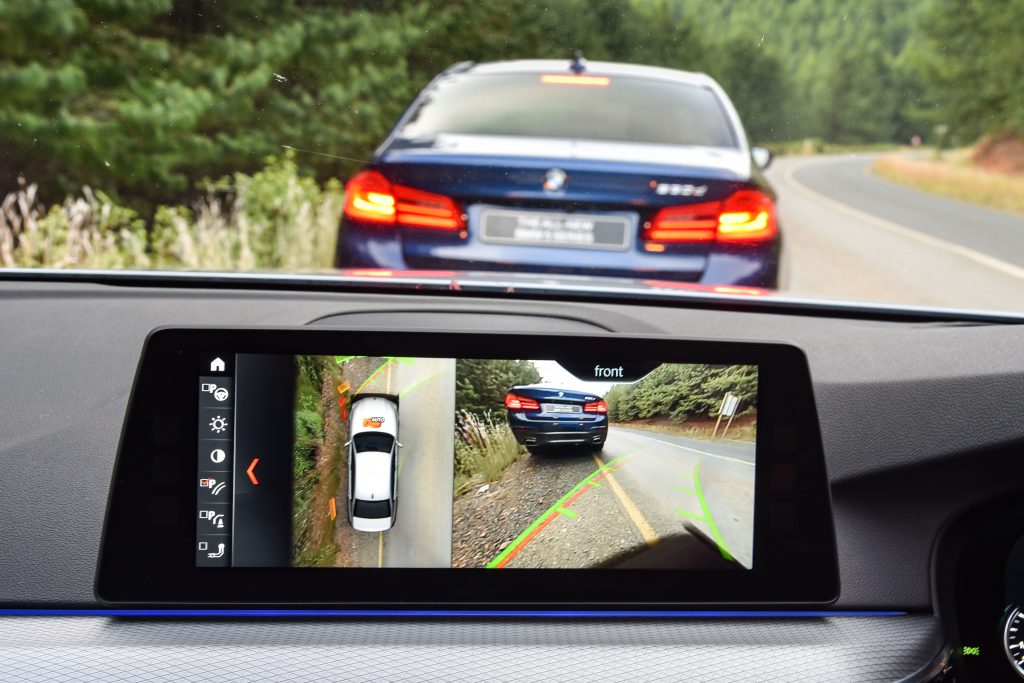 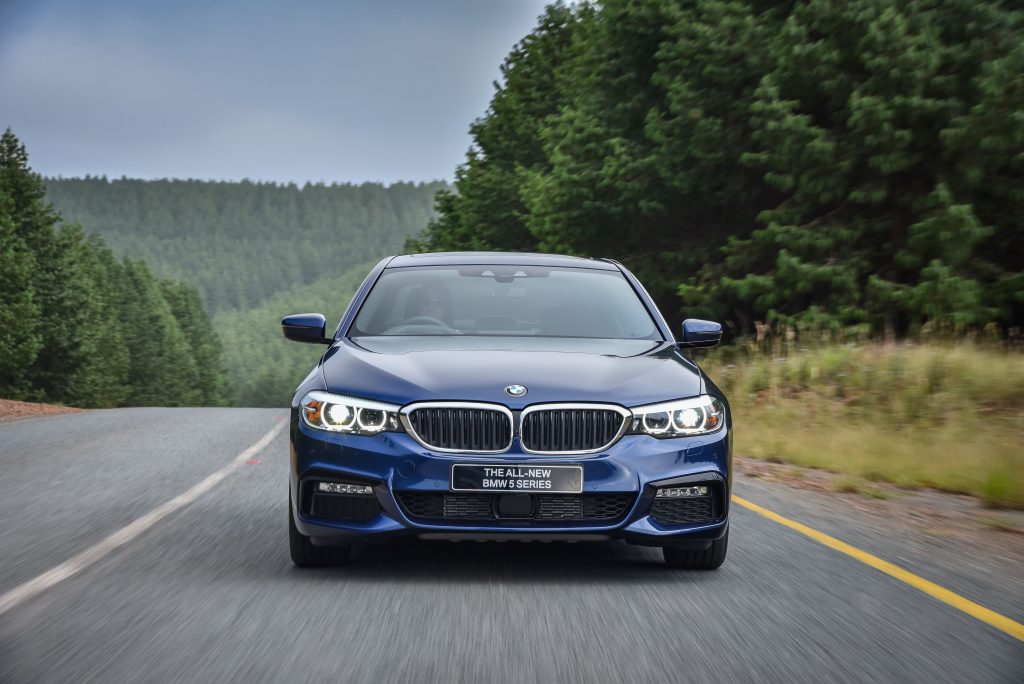 I was able to drive the 520d, and 540i models, equipped with the eight-speed Steptronic transmission.

BMW has improved the 5’s handling dynamics, thanks to the new double wishbone front and five-link rear suspension setup that come standard in all models.

When the sport mode is selected, it allows the new 5-Series to lay claim to dynamically be much better than the old, and that’s what makes it such a significant arrival.

The BMW 5-Series drives impressively well, be it the relentless grip, the super balanced and very communicative steering, or the way it goes hard into a corner yet never dives or rolls or punishes its occupants with harshness. If you’ve been waiting for a new big luxury sedan, and if sporty driving dynamics hold a certain appeal, the 5-Series will live up to your expectations. All models offer plenty of power and a much more rewarding drive, with best-in-class handling on the bill, too.