Mirroring models on each other to a large degree is exactly the same thing BMW and Audi are doing. You want all the luxury, technology and status offered by the new Mercedes-Benz E-Class Sedan but you want something a little more special in the styling department, well now you can start looking at the E-Class Coupe that will be in SA in May this year. 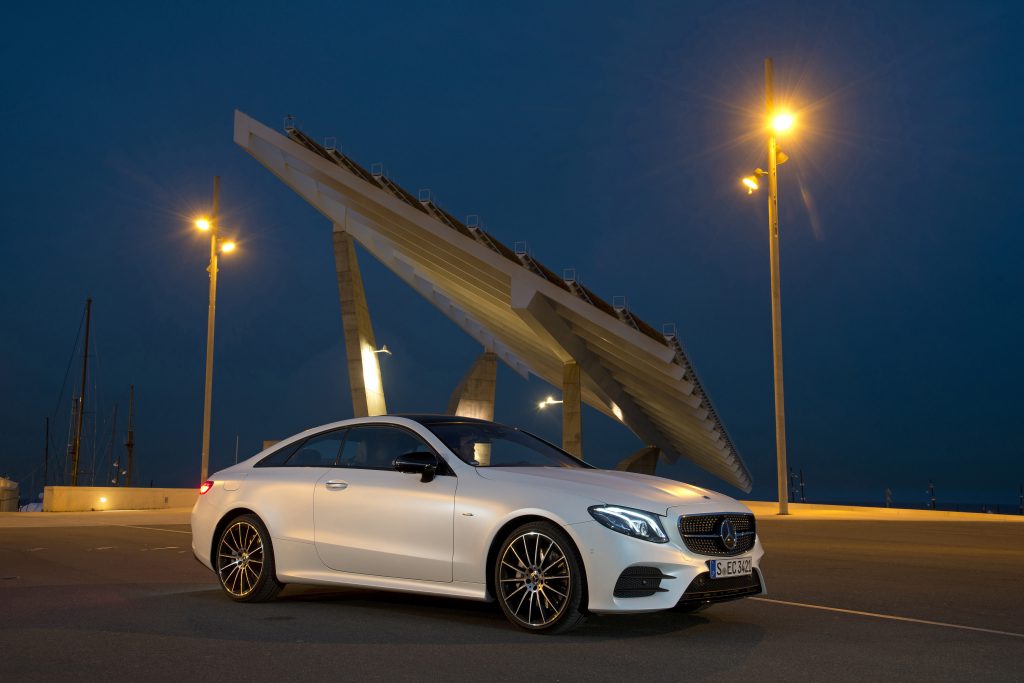 Okay before you say it, let’s get the subject of the C-Class looking like the E-Class, looking like the S-Class out the way. Because let’s face it, the major difference between the Coupe and the Sedan is what you see. Mirroring models on each other to a large degree is exactly the same thing BMW and Audi are doing.

This topic was much debated at the official launch dinner of the E-Class Coupe in Barcelona, Spain. And the people who live in the world of Mercedes-Benz design were quick to point out that the company has done extensive market research. Their findings are basically this, a C-Class customer who has not yet broken into the E-Class and S-Class bracket, is very proud to have his, or her, car look like its larger more prestigious siblings. And the customer who can afford an E-Class or S-Class does not look down the food chain for recognition, the fact that he, or she, is driving the more prestigious offering says it all. 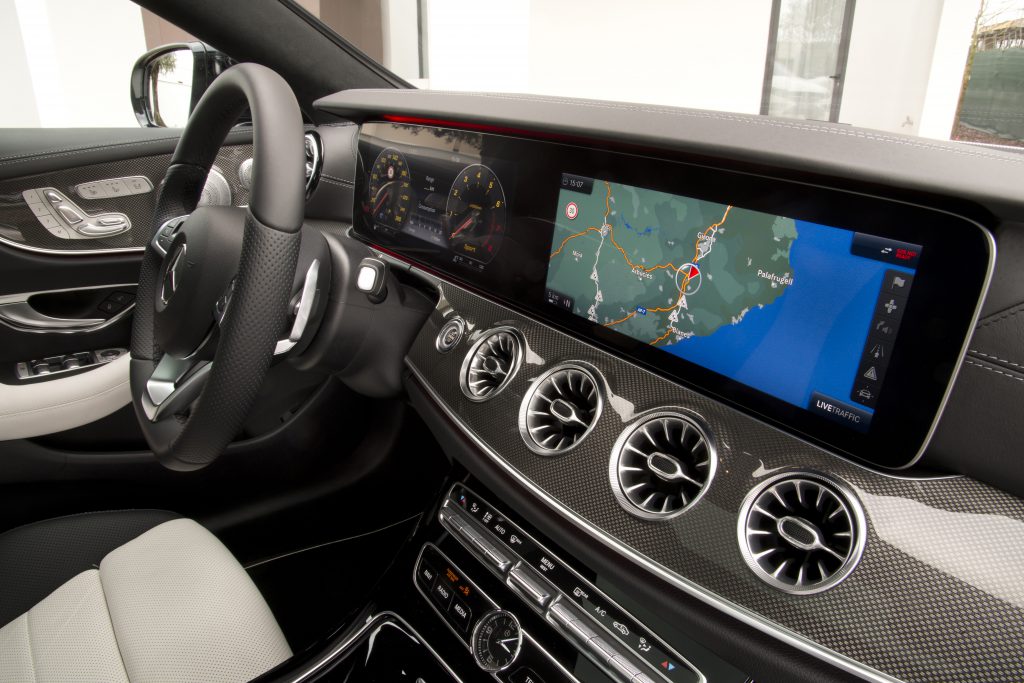 So while in pictures you can argue that E-Class Coupe looks a whole lot like the C-Class Coupe, in the metal so to speak, the subtle differences are slightly more apparent. For the record, the car is 123mm longer, 74mm wider, 33mm higher along with a front track that is 67mm wider and a rear track that comes in 68mm wider than its predecessor. Be it only mm here and mm there, I liked it a lot.

You know a vehicle launch has a lot to do with styling when one of the highlights mentioned about the new car is the world premiere of welcoming rear LED tail lights. When you open the E-Class the tail light LEDs illuminate successively from the centre of the vehicle outwards. On locking the car, the light sequence runs in the opposite direction. Both are additionally combined with an up and down dimming feature. So basically this tail light show welcomes and says goodbye to you, just like the familiar welcome feature of the blue optical-fibre show in the front headlamp. But wait there is more, thanks to innovative crystal optics, the tail lamps also have a brilliant appearance reminiscent of the glow of a jet engine. Not sure the average owner is ever going to notice this, or why, but it sure allows one to have a little piece of trivia up their sleeve in the case of conversation emergencies.

Inside the Coupe it is E-Class business as usual, but with a little hint of sporty thanks to the turbine blade inspired air vents, that I happened to like, but my driving partner didn’t. Can’t win them all I guess.

This genuine four-seater is more spacious than the sleek body allows you to think at first, and as per usual you can choose from a host of interior options like Avantgarde to AMG and just about anything else you can think of in between.

The two, optionally available, 12.3-inch high resolution displays that shows the virtual instrument dials takes pride of place right in front of the driver, and you can from three different styles, “Classic”, “Sport” and “Progressive”. The standard option is the ‘old fashioned’ two dials and a 7-inch colour display cluster with a central 8.4-inch screen opposite. If you going to be spending E-Class Coupe money, go for the optional displays, they really add a further air of sophistication to the car.

The interior lighting makes exclusive use of durable, energy-saving LED technology. And just in case you thought the design team was done with you, there is optional enhanced ambient lighting with 64 colours. I didn’t even know there were 64 colours in the world.

Out on the road we had the opportunity to try the three of the four models that are coming to SA initially, the E 220 d, E 200, E 300 and the E 400 4Matic. Obviously we asked about E 43 and E 63 AMG models, but we were given no concrete answers as to when, or if at all. But who are we kidding, I simply can’t see Mercedes-AMG saying that they would not like another AMG model or two in their portfolio.

I drove the new 143kW / 400Nm 2.0-litre turbodiesel engined E 220 d first, and as much it will probably be the best seller in the range, it really never got excite me at any stage. The plus though is that you feel like are doing your bit to save the planet thanks to the claim that the car will only use 4.0 litres per 100km along with a C02 rating of just 106 grams per km.

All the models available at market launch are equipped as standard with the 9G TRONIC nine-speed automatic transmissions, which are silky smooth and also fast enough when you wanted. Paddle shifting etc on the first two derivatives was actually a waste time, and the Sport + setting and paddles only came into their own on the E 400.

The E-Class Coupe comes as standard with Direct Control, and is 15mm lower than the sedan for mostly aesthetic appeal. The Dynamic Body Control suspension and Air Body Control multi-air chamber suspension options, with adjustable damping allow you multiple configuration option at the push of a button.

So does it all work? Well for a larger Coupe, the handling is up to most that you are ever going to throw at a car like this. In the tighter, slower stuff, you could just feel the weight of the car, but as the corners opened up and allowed for more free flowing speed, the handling came into its own, and rounded off a solid proposition that looks the part too.