Everything works well and the excellent comfort features take all the stress out of driving.

Believing statistics is not always wise. When I was young, I read that some 90 percent of car crashes happen within 10km of the owner’s home. 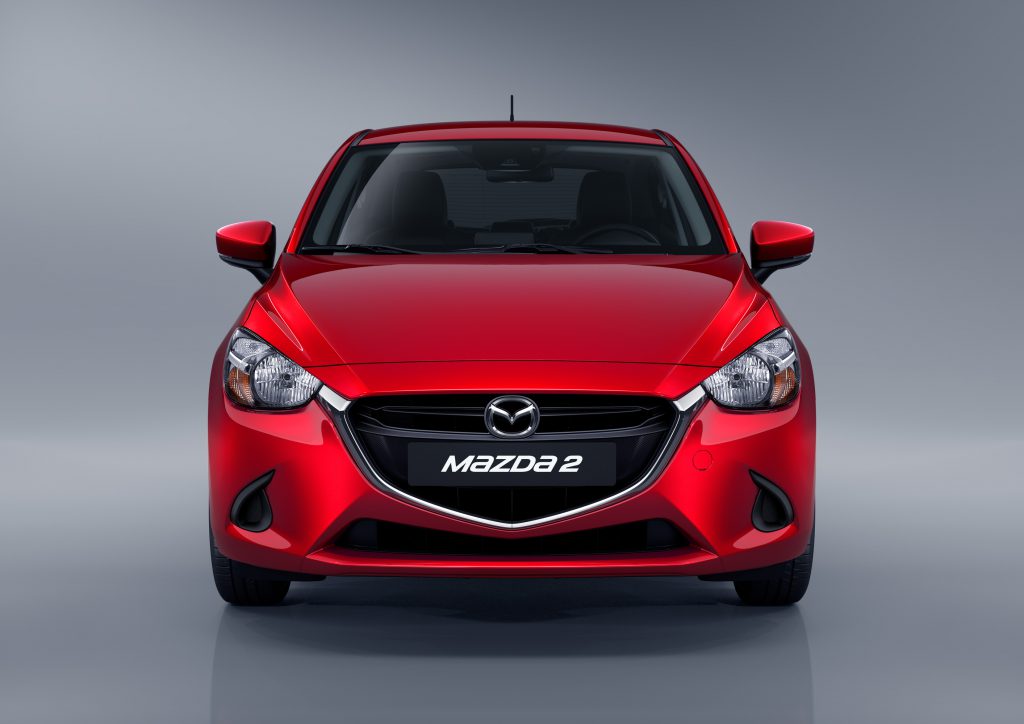 So, to be safe, I did not go home for months at a time.

This played havoc with my finances. Three wives left because I was never there, causing me huge hardship in divorce settlements. Damn. The fourth – deciding she preferred me not being around, decided to stay forever.

Double damn. These days, of course, I am more concerned about being robbed than of having a car crash.

So should you be. As you read this, high-placed ANC government bureaucrats are stealing your tax money. On a much lesser scale, car hijackers strike all over the country every day.

These incidents also happen, more often than not, right outside your house. There are experts who tell you how to act when confronted, but all they teach is how to hand over your vehicle in orderly fashion. 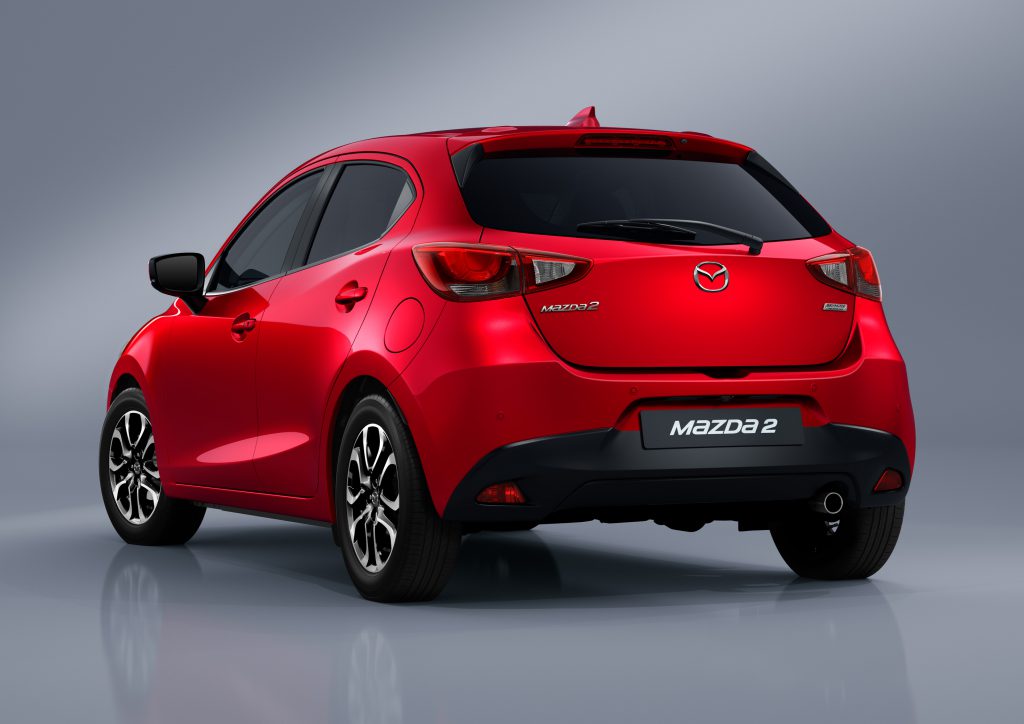 The only defence, it seems, is not to arrive at your front gate in an expensive car. Which is why test driving the Mazda 2 Individual Plus 1.5 Auto was not that stressful.

At R286 200, it is conservatively priced. It is a sleek, handsome, roomy and comfortable five-door vehicle, which punches above its weight in terms of extra features. It comes powered by a four-cylinder, 16-valve, DOHC, 1 496cc petrol engine, which produces 82kW of power at 6 000rpm and 145Nm of torque at 4 000rpm.

The grunt and twist goes to the front wheels via a six-speed automatic gearbox. The brakes are ABS and EBD-assisted discs front and drums rear with Emergency Brake Assist, while the wheels are 16-inch alloys in 185/60 R16 rubberware.

All of which makes it a competent, fairly regular hatchback, competing in a sea of similarly sized cars. What sets this Mazda apart is its remarkably high specification level.

Outside, it boasts LED front fog lamps, a shark-fin antenna and sleek side mirrors that fold in automatically when the car is switched off. Inside, Mazda have pulled out all the stops to make the car a pleasant space to occupy. 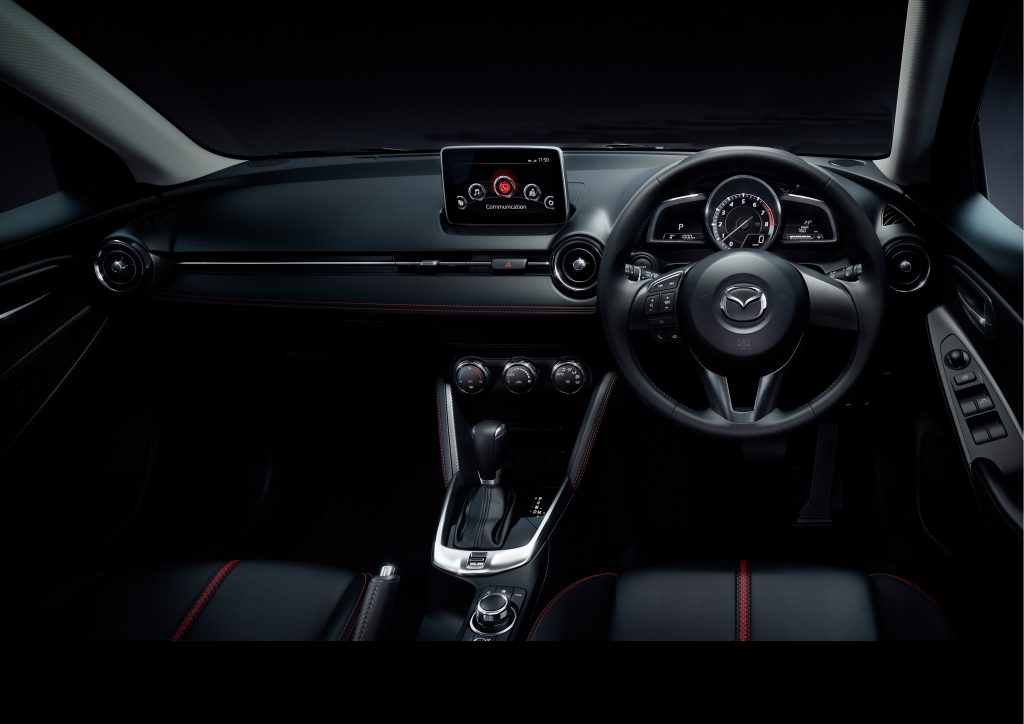 A heads-up display in front of the driver shows your current speed, the area’s speed limit, and directions from the satellite navigation system. It can be adjusted to suit the driver’s eye-line.

Also making the driver’s task simpler, there is a rear parking sensor, a reverse camera and a lane departure warning system. Should you get it all wrong and crash, there are side impact beams in the doors, plus front, side and curtain airbags.

The test car’s 82kW of power did not produce eye-watering performance by any means, but people will buy this vehicle for its above-average comfort features, not for speed. What did bother us was the car’s inability to cruise in sixth gear at 120km/h on the highway, without changing down at the sight of any uphill. 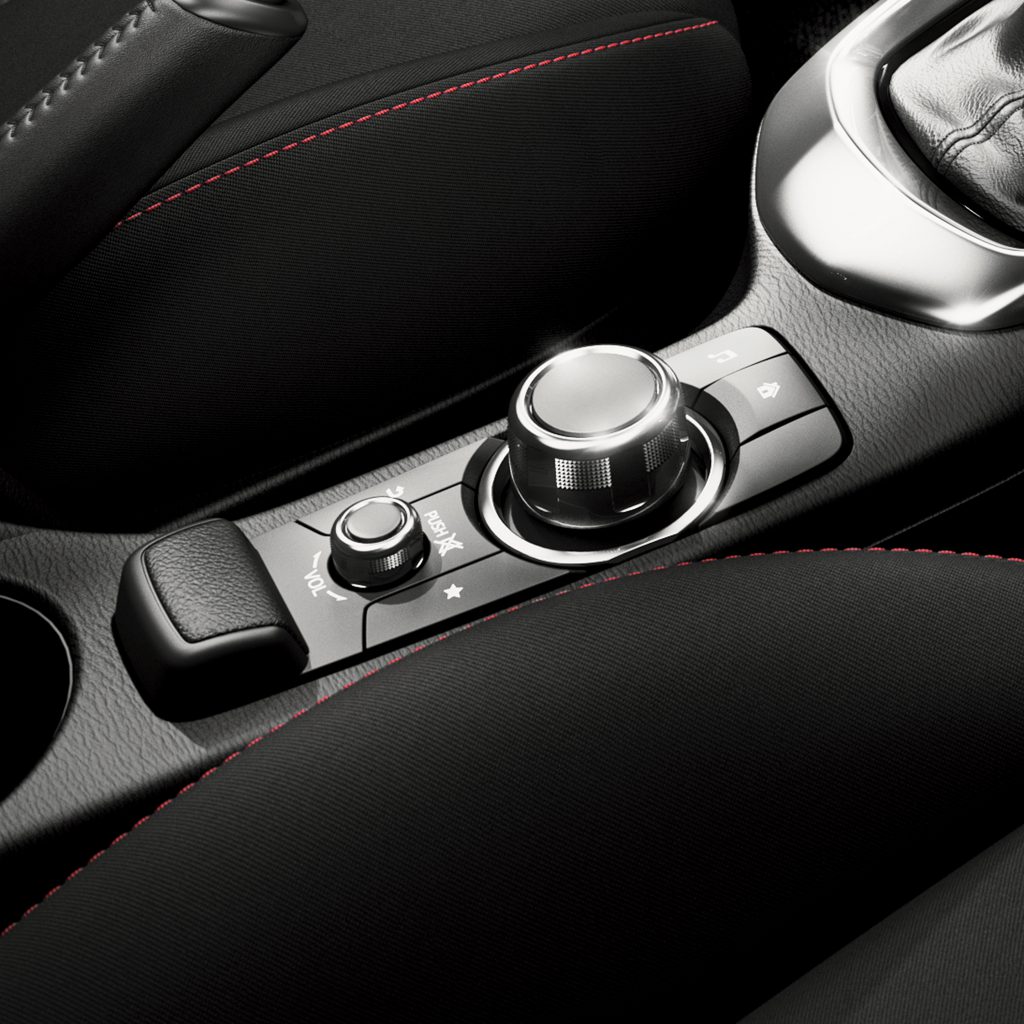 The gearbox gives you the option of sequential hand-shifting plus paddle-shifts behind the steering wheel, but we figured we could never do it more smoothly than the auto box, and left it well alone.

Everything worked well – the car felt stable during fairly spirited cornering, the brakes were brilliantly efficient, the steering positive and accurate, and the headlights were utterly efficient.

In simple terms, the car is easy and not stressful to drive. We managed a fuel usage figure of 6.9 litres per 100km without trying to conserve fuel.