They are not ‘soft and uninvolving’ and remain true enthusiastic drivers’ cars. The 4 Series has proven to be extremely popular with buyers both internationally, with 400 000 sold, and locally, with 5 500 sold in South Africa. 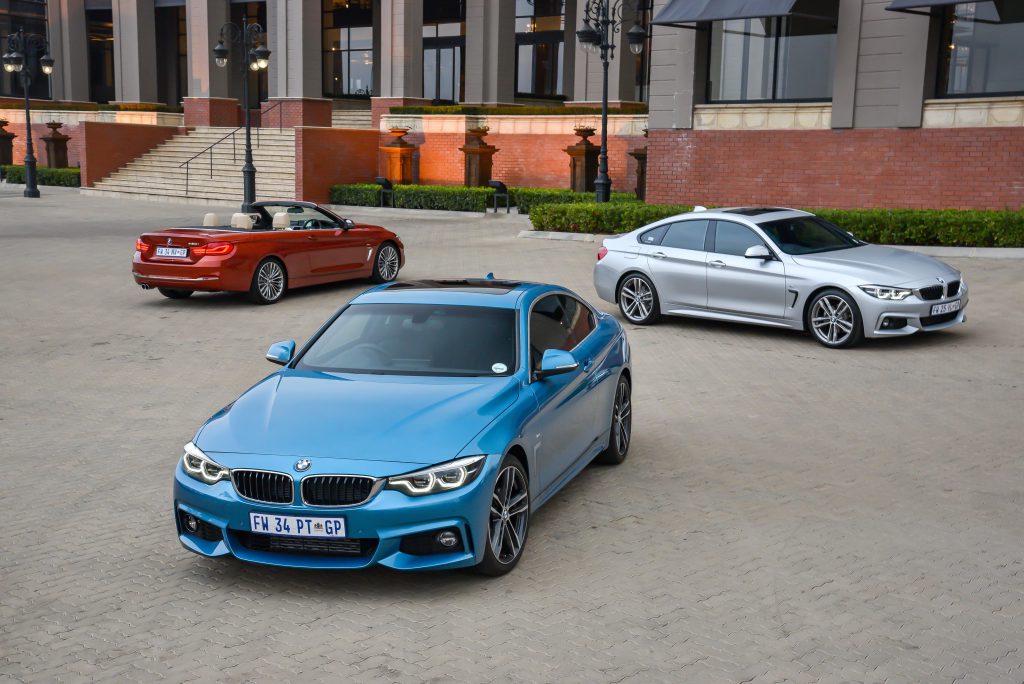 So it’s almost a case of “if it ain’t broke, don’t fix it” with the updates offered on the refreshed BMW 4 Series range of vehicles.

We spent the day in and around the hills and twists and turns that only Mpumalanga can offer, getting to experience these subtle changes. And subtle they really are.

In fact if you are not a complete BMW nut, you would probably walk right past the new cars and not notice a thing. But there are changes.

You get restyled LED headlights that take the place of the outgoing cars’ xenon units. And all models in the range are equipped with LED front fog lamps as standard. The LED rear lights fitted on the BMW 4 Series for the first time give extra impact to the car’s looks. 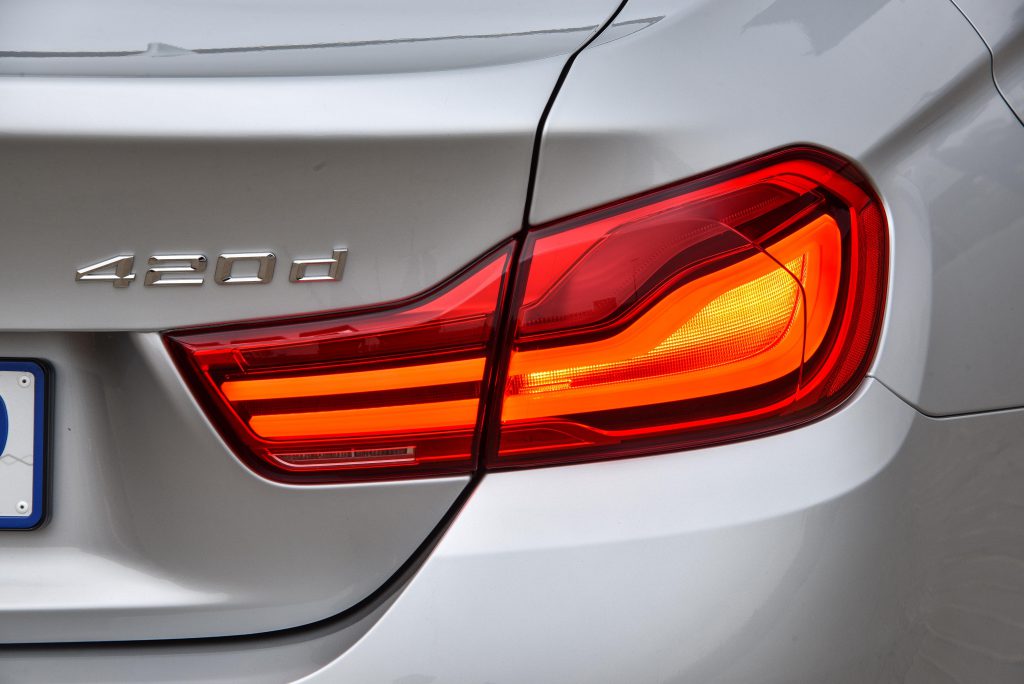 Modified air intakes, line-specific applications and the new rear apron add further touches. Moving inside, its pretty much the same when it comes to subtlety.

Another visual touch is the double stitching on the instrument panel, while three new upholstery colours, together with three new interior trim strips, provide even greater choice when it comes to personalising the interior’s design.

The two new exterior paint finishes, Snapper Rocks Blue and Sunset Orange, are available exclusively for the new BMW 4 Series models, and there is also one new model-specific wheel design each for the Sport Line, Luxury Line and M Sport equipment lines. An abundance of additional equipment options offers ample scope for tailoring the car to individual tastes. Getting to the part about what owning a BMW is all about, and that is the ride and handling.

The new 4 Series Coupe and 4 Series Gran Coupe now come with a stiffer suspension set-up delivering even sportier handling without any loss of ride comfort. Both the lateral and longitudinal dynamics have been improved, and this applies not only to the standard suspension, but also to the M Sport suspension and the Adaptive suspension.

I have to admit, if you like your motoring all soft and uninvolving, then a 4 Series BMW is probably not going to make you happy. These new cars are firm and rather alive underneath you.

They remain true enthusiastic drivers’ cars. All of the petrol engines and the four-cylinder diesel unit fitted in the new BMW 4 Series range stem from the latest BMW EfficientDynamics family of engines and are equipped with BMW TwinPower Turbo technology. 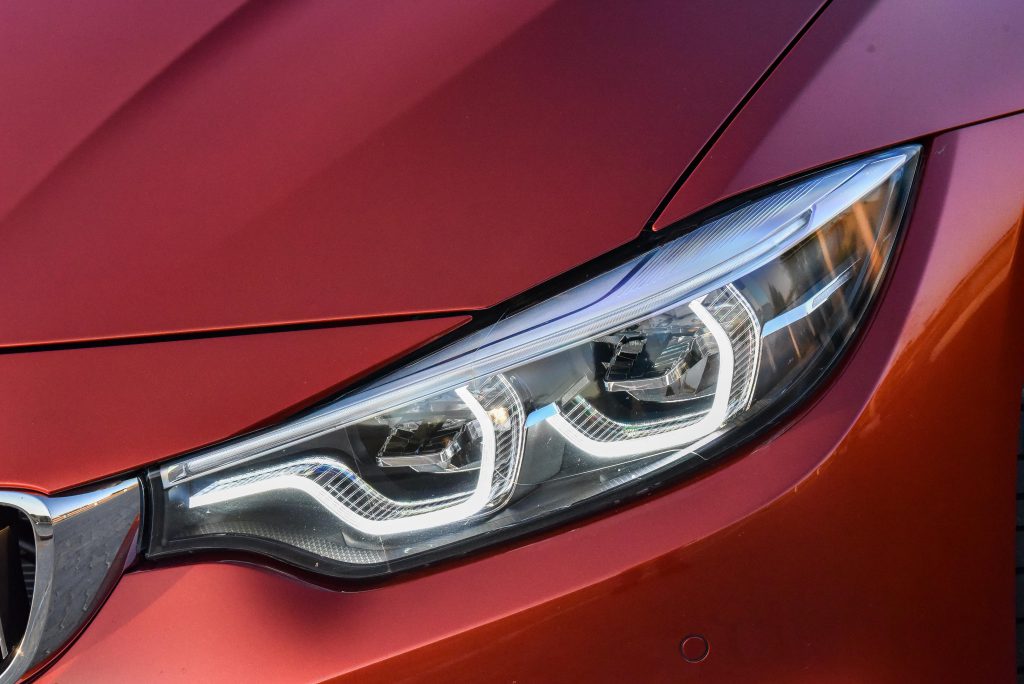 There are three petrol engines (BMW 420i, BMW 430i and BMW 440i) and one diesel option (BMW 420d) available for all of the new BMW 4 Series models – except for the BMW 4 Series Convertible, which is only offered in the petrol engine derivatives.

When it comes to the diesel model, meanwhile, power is at 140kW with a claimed fuel consumption of between 4.0 and 4.2 litres per 100 km. We only got to sample the 20i and 20d derivatives on the launch drive, and it was quite refreshing to see how well these entry level offerings in the range performed.

I felt that the 20d was the pick for open road driving thanks to huge amount of torque available. And hard mountain pass work would be best tackled in one of the bigger petrol versions or the mighty M4.

Talking of the M4, the Coupe and Convertible now come as standard with the adaptive fullLED headlights. 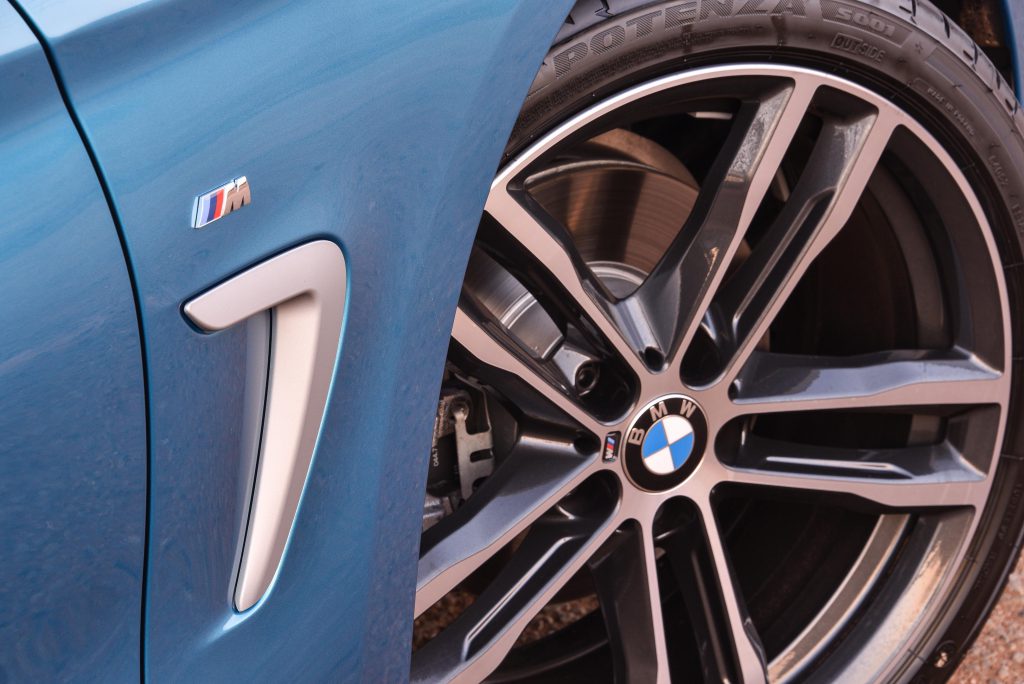 And the newly designed full-LED rear lights again freshen up appearances and inject technical appeal.Besides this, a number of styling touches have been added to give the cabin of the sportiest BMW 4 Series variants an even more sophisticated air.

And the two M4 models likewise feature the updated version of the Navigation system Professional and other Connected Drive features.