‘Proof of the close collaboration between our constructors of racing cars and road-going cars.’

Way back in 1967, German engineers Hans-Werner Aufrecht (A) and Erhard Melcher (M) combined the first letters of their surnames with the first letter of Aufrecht’s birthplace of Grossaspach (G) and founded AMG.

Now, 50 years down the line, the tuning firm still lives up to its word of offering only the best.

As part of celebrating AMG’s 50 years of driving performance, Mercedes-AMG has added three new variants to its GT family. The GT roadster looks like the coupe, but there are differences, starting with a drop-top roof. Gone are the ceiling-mounted array of buttons – they now reside at the centre console.

This one boasts a mechanical rear differential and less power than its bigger brothers.

You get the same seven-speed Speedshift dual-clutch automatic gearbox found in the GT coupé, with higher first and lower seventh gears, plus a lower final GTROADSTER drive, that can certainly be felt.

Mercedes-AMG says it can do 0-100km/h in 4.0 seconds before hitting a limiter at 302km/h, and we have no reasons to disbelieve them. 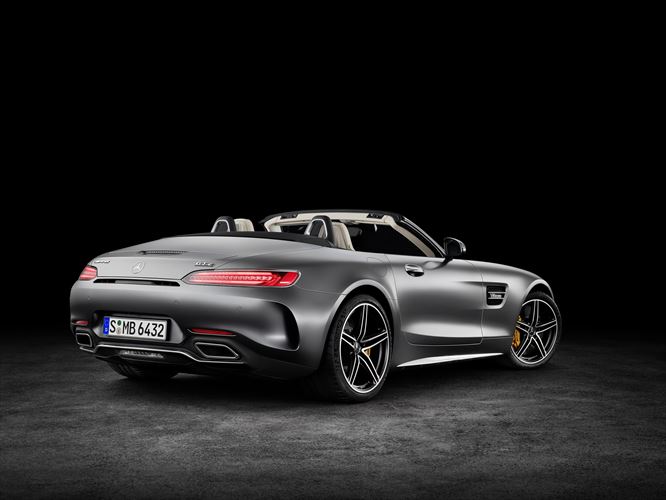 I drove this one first around a racetrack, but its main attraction would be on the road.

The engine has enough shove to use the car as your everyday supercar.

You get a strong torque and excellent throttle response of the lightly upgraded V8 which would make it easy to drive around town.

Dubbed king of the ‘Green Hell’ – Nürburgring circuit where it spent most of its development time testing, the GT R is the most powerful GT across the range.

Also available in ‘Green Hell mango’ – named after the northern loop of the Nürburgring colour – AMG says it is the only car it has ever built that packs so much motorsport technology.

With its track-focused appearance, its power has been upped to 430kW and 700Nm from the twin-turbo V8 engine.

The folks at AMG have fiddled with the GT R’s chassis and aerodynamics to ensure it is ready for some harsh treatment, and it sounds staggering.

I did not test the 0-100km/h sprint but having had the chance to drive all three models back to back, the claimed 3.6 seconds to 100km/h is credible.

Top speed is kept at a Porsche 911 Carrera GTS threatening 318km/h. You get an adjustable coil-over suspension system and active rear-wheel steering. The suspension is stiffer and the front and rear tracks have been widened with larger wheels and tyres which, along with the four-wheel steering, optimises the vehicle’s grip. 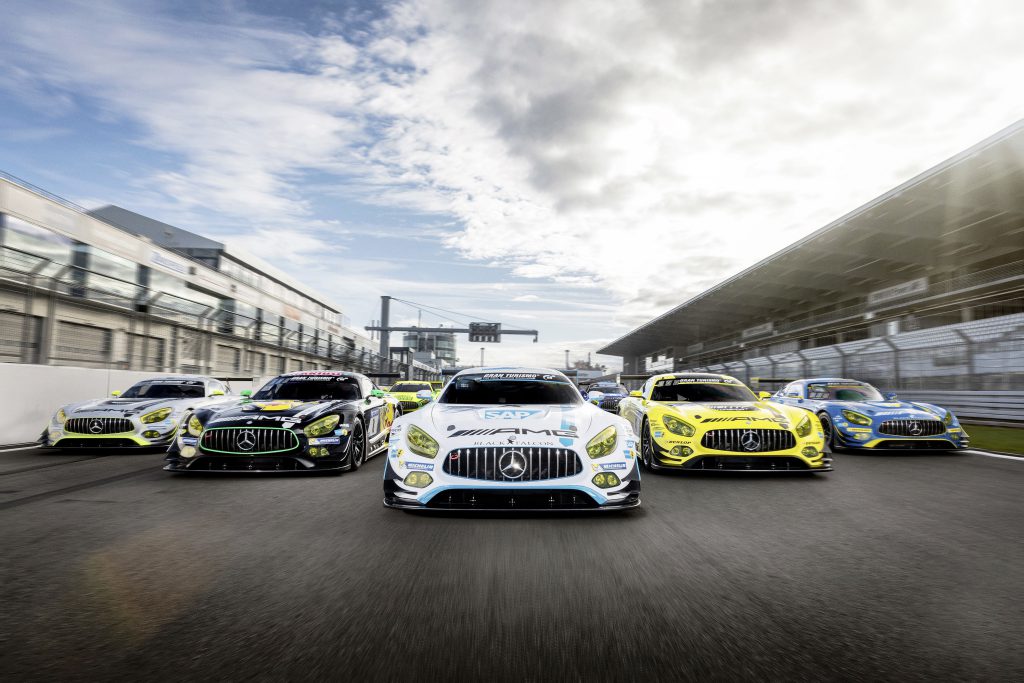 It now features a widened front and rear.

The body and chassis is a perfect match for the pops and cracks through the new lightweight exhaust system. The seven-speed dual-clutch transmission has been tweaked to suit racetrack driving conditions.

There are five driving modes: Comfort, Sport, Sport Plus, Individual and Race.

The car feels eager to attack corners while providing optimum cornering prowess, thanks to the adjustable traction control switch. The nine-stage traction control is an exclusive feature developed with direct input from the GT3 racing series.

For something special, you can get the new AMG GT C Edition 50, which is limited to 500 cars worldwide and only four for our market. If you enjoy open-top driving and getting your hair dry faster than you can read this sentence, then the new GT C Roadster becomes the new flagship of the soft-top line up.

I enjoyed using this model at the track. It was a blast to drive as fast as I can, knowing that JMPD rules did not apply.

The GT C does the job to 100km/h in 3.7 seconds en route to a top speed of 316 km/h. Not only is the GT C variant more powerful than the standard GT, but it has a wider track, its body is widened by 5,5 cm, and there are several chassis modifications. Both models adopt some technicalities from the GT R such as an active air management system which opens engine louvres for cooling.

Standard equipment includes a nappa leather interior and AMG performance steering wheel in GTC the same material. For the first time, you can order AMG performance with AIRSCARF neck-level heating and seat ventilation.

The soft top can be opened and closed in 11 seconds at speeds of up to 50km/h. On the outside, the GT C features a wide rear end and larger wheels than the standard GT and GT S.

You also get rear wheel steering, electric differential and AMG Ride Control sports suspension that was felt when attacking the race track.

All that power is accessed though AMG’s speed shift DCT 7-speed sport transmission and drivers can choose between five modes – Comfort, Sport, Sport Plus, Individual and Race mode.

The AMG GT C is equipped with an electronically controlled locking differential at the rear axle. Around the refurbished Kyalami race track, the vehicle offered enhanced handling. Grip levels have been further engineered so that the car can behave even better under normal driving conditions. If you want to try some gymkhana, there is Race mode that prepares the car for racing stunts.

The GT C feels at home around the track but, even in relaxed situations, the engine responds immediately to throttle inputs.

The exhaust supplies plenty of pops on overrun, and the drive is undeniably good.