A newly designed bumper has been fitted to the rear with a two-tone layout, the lower end of which features a diffuser-like design incorporating more integrated exhaust outlets.

The Subaru Legacy has also been refreshed, starting with a sportier and more aggressive front view. 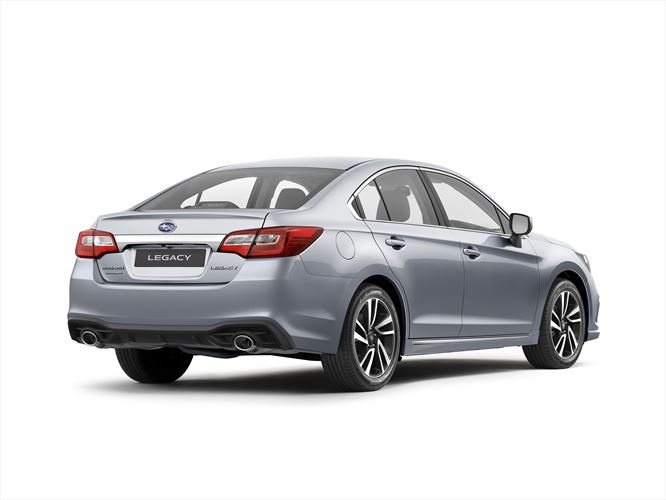 Subaru have heightened the headlight edges for a sharper stare while the lower grille opening is now lower and wider, above which the traditional Subaru hexagonal features less chrome detailing than before with two black fins that sit below one chrome line on which the Subaru six-star badge sits.

A newly designed bumper has been fitted to the rear with a two-tone layout, the lower end of which features a diffuser-like design incorporating more integrated exhaust outlets.

Standout features along the flanks of the Legacy are the new turbine-designed 18-inch, lightweight alloy wheels as well as new side mirrors that now feature integrated LED turn signal indicators and side view camera (left side) for added convenience and safety.

Behind a new multi-function leather steering wheel is an updated on-board computer display with revised graphics and dial surrounds. The focus of the centre stack is the new Infotainment system, the most significant technological upgrade on the Subaru Legacy’s entertainment and connectivity agenda. 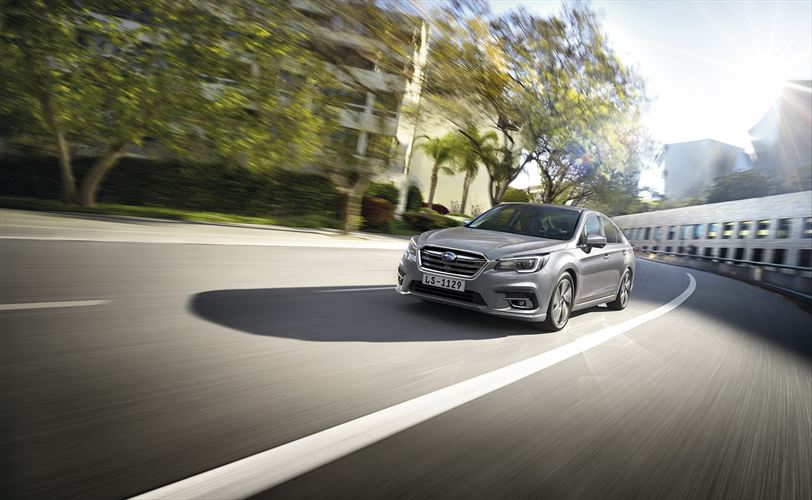 The seven-inch screen is larger than before and now features the new Subaru touchscreen system. In addition to new apps and TomTom-based Satnav as standard, the system is Apple CarPlay and Android Auto enabled.

For better connectivity and safer driving, there is the added feature of voice-control now with two microphones as opposed to one before.

For improved ergonomics, the dual-zone climate control temperature indicators have now been moved to within the control dials, on either side of which the settings are housed in a revised layout with newer graphics and a larger digital clock.

In South Africa, one model derivative of the Legacy is available. The Legacy 3.6R-S ES is powered by a DOHC, six-cylinder 3.6 litre boxer engine that produces 191kW and 350Nm. It is coupled to a Lineartronic CVT gearbox. As with the Outlook EyeSight driver assistance is also provided.

The Blind Spot Detection and Rear Cross Traffic Alert indicator lamps are larger and have now been moved more prominently to the side of the newly designed side mirrors. For further convenience and safety, Legacy now sports a Front View Camera and Side View Camera in addition to the RearView Camera for better vision directly in front and to the left side of the car.

The new Subaru Legacy is sold with a three-year/75 000km full maintenance plan and a fiveyear/150 000km Subaru warranty. The maintenance plans are extendable up to five years/150 000kms at time of purchase.