It features sharper styling that will appeal to a younger generation market. 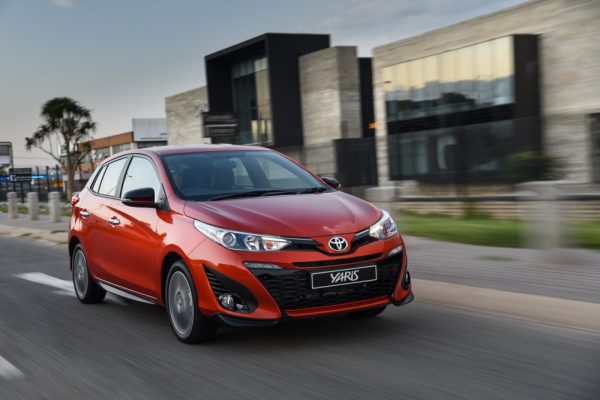 Toyota updated their ever-fresh Yaris halfway through last year with the Pulse model, and this derivative showed a few improvements here and there.

So, when Toyota announced they were launching another new Yaris this year, it came as a bit of a surprise. This Yaris is kinda all-new, in that the hatch is now imported from Thailand and not Europe, as before. It is longer and wider and features sharper styling that will appeal to a younger target market.

However, it still runs on the same chassis as before. I like the direction Toyota is taking with their styling – it might be a bit polarising, but at least now you can love it or hate it, and not die of boredom when you look at their products.

Especially when it wears an “S” badge on the rear.

In Yaris speak, Sport means you get a non-turbocharged 1.5-litre four-cylinder petrol powerplant that produces 79kW of power and 140Nm of torque, which is adequate at best, especially on the Reef, where the thin air sucks the life out of any naturally aspirated engine. So, progress is by no means rapid, but the claim is that you can get to 180km/h, which is way more than what is legally allowed and more than enough to see you get to work and back every day.

Handling is mostly exactly what you would expect from a Yaris and the proven McPherson strut-type front suspension and rear torsion beam layout.

But the one thing I could not get used to, was the steering feel. The steering would never centre, and this meant you were constantly having to make small inputs to keep the car going in a straight line.

Even when taking long constant radius corners, the level of steering angle and input you started with would change midway through the corner. Not pleasant and it spoils the experience somewhat.

Maybe it’s something an owner would get used to. Inside it is pretty much Thai spec plastic, with a decent dose of modern technology in the form of an advanced new touchscreen infotainment system. While CarPlay uses standardised Apple applications with Siri integration, Android users are able to fully customise which “apps” they would like to “mirror” on the audio screen. Users are able to customise the home screen layout via a “drag and drop” technique. Additional apps can be added via Wi-Fi connectivity.

In addition, a built-in satellite navigation system is included – allowing users to maintain turnby-turn guidance even when their smartphone is not connected. The system includes speed limit information and provides a GPSsourced vehicle speed read-out in real time.

And I am happy to say that Toyota is continuing to add more and more safety systems into their South African spec cars. At R286 000, the Toyota Yaris Sport is a good car, but at this price point, there are plenty competitors screaming at you for your money – such as VW’s Polo, Ford’s Fiesta and Renault’s Clio.