When the topic turns to performance hatchbacks, the Toyota Etios is guaranteed to be one of the very last cars anyone would think of mentioning. In fact, Toyota will be one of the last brands to come up, because they have been completely absent from this market segment for the best part of a decade.

That’s how it will remain in the future as well, at least as far as the South African market goes.

The recently-shown supercharged Yaris won’t come here, and there’s nothing else on the cards either.

This is why a local company decided to re-ignite some of the magic of the iconic “RSi” nameplate.

It’s not an official development.

EtioSport’s development programme proceeded without any official involvement from Toyota SA, because the Japanese parent company has strict policies in place against any involvement in a case like this. Why an Etios, though?

Well, this project aimed to create an affordable, simple hot hatch, and those tags certainly apply to the humble little Etios.

For all its simplicity, the Etios also has some aces up its sleeve: it’s extremely light, which always bodes well for performance and handling; and it has a surprisingly well-engineered suspension and bodyshell.

The mechanical bits are also tough as nails, being engineered to survive the worst Indian roads could throw at it.

So how does an Etios become an RSi? The basic Etios is a shopping trolley, and it’s definitely not the least bit sporty, which means that literally every aspect of the car had to be improved.

Starting at the bottom, EtioSport first engineered a bespoke suspension with unique geometry and much stiffer springs, lowering the ride height by 30mm and removing the vagueness from the otherwise-standard chassis.

The brakes were upgraded next, with the front discs growing to a 300mm diameter, along with braided-metal hoses all round and racing brake fluid.

Once these elements were satisfactorily resolved, EtioSport turned their attention to the engine.

Power receives a healthy boost thanks to a neat turbo installation, with a set of Hilux injectors
and a dedicated control unit to handle fuelling and ignition adaptations.

Because of the standard Etios engine’s high compression ratio, boost pressure is kept to a conservative 0.6 bar. But for such a modest boost pressure, the gains are impressive: power output jumps from 66 kW to 125 kW and torque goes from 135 Nm to 230 Nm, with 90% of the latter being available between 2 000 and 5 000r/min. Turning the key and driving off reveals no temperament at all – in fact, as long as you don’t floor the accelerator or chase the rev limiter, the RSi project feels very much like a normal Etios with a firmer ride and sharper brakes.

The power delivery is very linear, which leads to the Etios RSi not feeling heavily turbo charged at all, but rather like a highly-tuned, larger normally-aspirated car.

That last point is important, as the EtioSport engineers wanted to avoid the current turbo trend of delivering peak torque almost early on, to the detriment of a revvy nature.

It’s flexible enough to pull strongly from about 1 500r/ min, but that’s not the most enjoyable way to drive this car.

This is one of few modern turbo cars which encourages the driver to work it hard to access the power – just as they would have done in an old Conquest or RunX RSi. 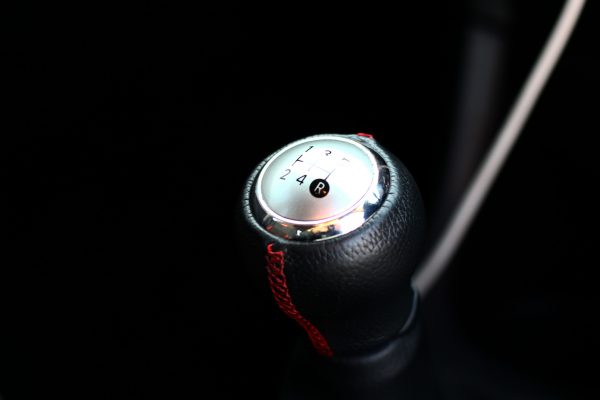 Peak torque is only developed at 4 000r/min, and the power peaks just before the limiter at 5 900r/ min.

Treat it with the required mechanical antipathy and this car comes alive.

There’s a slight tug of torque steer in the lower gears, but there’s enough traction to handle all the torque being channelled into the front tyres.

Because there’s no sign of traction or stability control on the spec sheet, slippery surfaces need to be approached with caution.

Yet, at no point does the little Etios feel overwhelmed by all this power and it soon encourages the driver to start pushing a little harder.

Handling prowess was a major consideration with this project, and on this front this converted Etios will raise eyebrows. 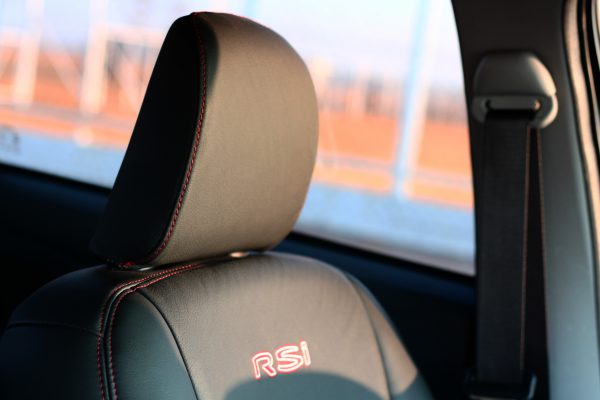 While the ride is firmer than standard, it’s still compliant enough to deal with most road surfaces, which is remarkable, given the very low-profile tyres on 17-inch alloys.

Those tyres are also responsible for much of the cornering grip, being quite large for a car of this size and weight.

Pass the tyres’ high grip limits and the handling is generally neutral, with mild understeer only appearing with violent mid-corner power applications and lift-off oversteer only coming around following an equally violent throttle lift.

In modern terms, the outright performance is somewhat modest, with EtioSport claiming 0–100km/h sprint taking 8 seconds on the way to a top speed of 208km/h.

That sprint could have been quicker with more revs, though – second gear ends well before the 100km/h mark, necessitating a time-consuming extra gearshift to reach the benchmark.

But, away from the test strip, it feels a lot quicker than that time suggests, with strong in-gear acceleration and a wide power spread.

The gear shift is generally slick and precise, with only snap changes into second gear eliciting any untoward groans.

The brakes are more than up to the task of containing all that new-found speed. There’s no instability during hard braking and no sign of brake fade even after successive stops from high speeds. 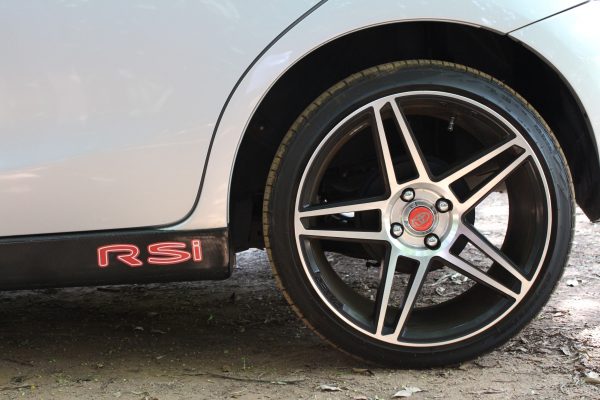 As with the tyres, the brake upgrades are surplus to requirements, but it’s nice to have that safety margin.

You can order a brand new EtioSport RSi from selected Automark dealers at a base price of R265 000. The genuine
carbon fibre body kit seen here is an optional extra, as are the leather/cloth trimmed seats and leather-trimmed steering wheel.

A full-spec car such as this test car retails for R285 000, but even then buyers can specify addons such as a touch-screen infotaiment/navigation system, rearview camera, and a “power pack”.

The latter sets you back R35 000 more, but gives you an extra 15kW and 20Nm, a sports exhaust, additional oil cooler and higher rev limiter.

The power pack slashes the 0–100 sprint by over a second.

This conversion for pre-owned Etioses is available for R55 000, with the basic package (suspension, wheels, brakes and engine mods up to 125kW) fitted.

The EtioSport RSi is a performance bargain. If you’re after something unique (due to limited build volumes), quick for the cash and fun to drive in an old-school way, this hand-built newcomer is a good option.

It may look like an Etios, but it doesn’t drive like one and that’s a good thing indeed.