VW responds to X-Class ‘X350d’ with a powerful Amarok V6

The current V6 Amarok, which is so far the most powerful bakkie in SA, achieves 165kW and 550Nm from its 3.0-litre TDI V6 engine. Following a teaser at the Frankfurt Motor Show, Volkswagen has responded to Mercedes-Benz soon to be launched X-Class (in X350d guise) with the announcement of a beefier Amarok. 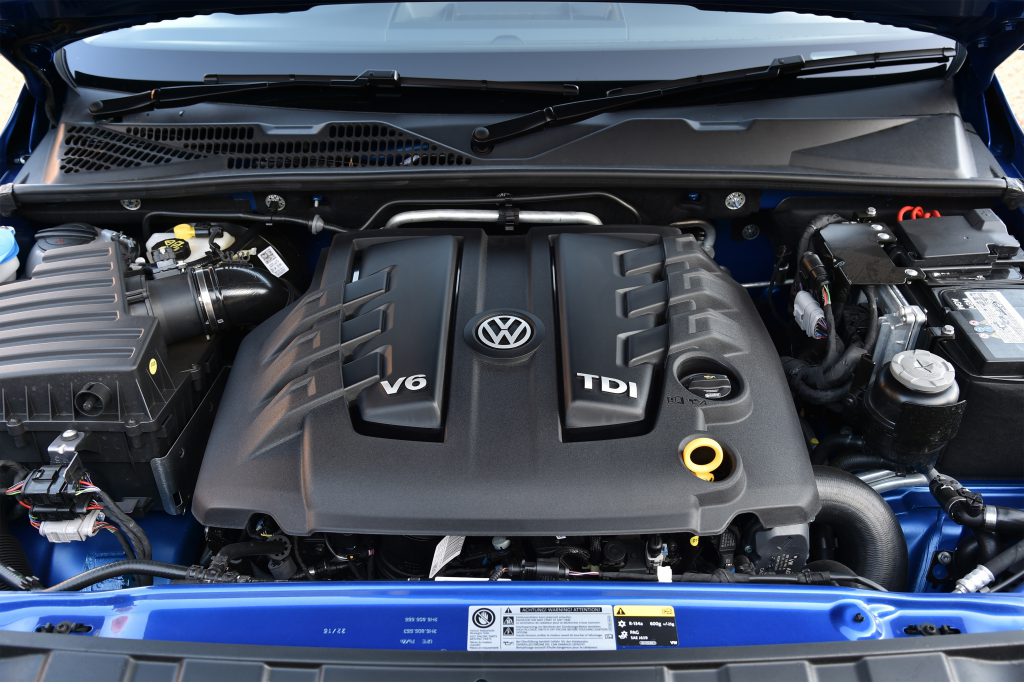 The current V6 Amarok, which is so far the most powerful bakkie in SA, achieves 165kW and 550Nm from its 3.0-litre TDI V6 engine.

If those figures definitely make their way to our shores, we will be grateful.

The Amarok will come with an overboost function (something that the current Amarok V6 has), which will increase power to damning 200kW.

All that amount of power is channeled to a 4-Motion all-wheel-drive system through a standard eight-speed automatic transmission. Available for the Highline and Aventura models, the Amarok gains a few changes, such as titanium black accents and Nappa leather-wrapped seats.

It rides on 20-inch wheels with a dark graphite finish, along with a striking metallic Peacock Green offered exclusively on the more expensive Aventura.

All these are charged at an extra cost on the Highline variant.

According to a report by Motor1.com , orders have already started in Germany for the top-spec Amarok V6. The introduction of a beefier Amarok can be seen as VW’s response to the recently launched Mercedes X-Class in the X350d 4Matic guise.

The updated Amarok will only make its way to SA in 2019.