Global carmakers will take the stage in Beijing on Wednesday with new car models to woo the world's largest auto market as China promises to liberalise the industry. 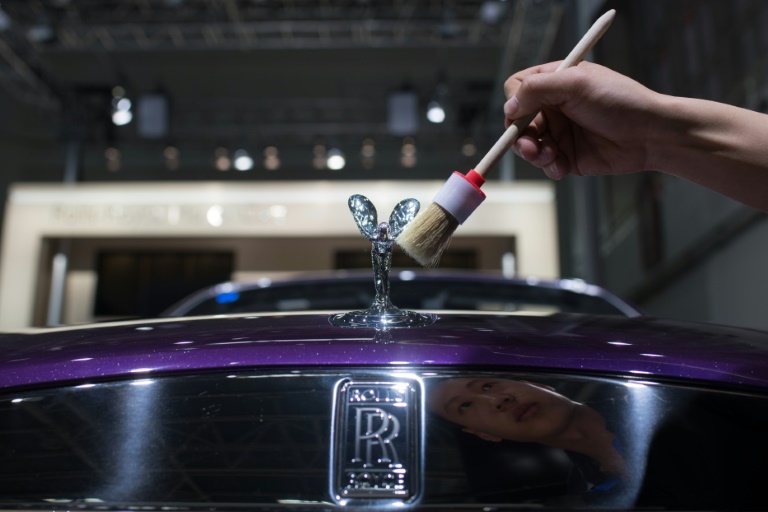 Industry behemoths like Volkswagen, Daimler, Toyota, Nissan, Ford and others will display more than 1,000 models and dozens of concept cars at the Beijing auto show.

Thousands of Chinese auto enthusiasts are expected to wander the halls of the mega exhibition centre this week, with electric cars expected to attract much of the spotlight.

Auto executives may have their minds on the boiling trade war between Beijing and Washington with every twist and turn fanning fears that it could bring their plans for China to a screeching halt.

But last week Beijing announced it will liberalise foreign ownership limits in the sector, a move seen as a possible olive branch to US President Donald Trump, who has railed against China’s policies in the sector.

The changes will end shareholding limits for new energy vehicle firms as soon as this year, followed by commercial vehicles in 2020 and passenger cars in 2022.

Foreign automakers have cautiously welcomed the changes, with VW saying it has “strong” Chinese partners in their joint ventures.

“This will have no impact on our JVs. But the overreaching principle is important. Hopefully, liberalisation will as well help for fair competition, and having a level playing field,” Jochem Heizmann, CEO of Volkswagen Group China, told reporters.

The show comes as China’s market hits a transition period — the explosive growth in car sales seen over the last decade slowed last year and data from early this year point to a continued slump for many vehicle types.

Chinese consumers are following their American peers toward sport-utility vehicles while policymakers in Beijing push an all-electric future.

Ride-sharing is also on the up. On Tuesday Didi — China’s answer to Uber — announced it had joined forces with some thirty partners, including Renault and Volkwagen, to develop vehicles and products specifically tailored for ride-sharing.

Accounting for some 28.9 million car sales last year, the Chinese car market could soon match those of the European Union and United States combined.

But domestic firms are outselling foreign firms in the SUV segment.

In the electric car market the figures are even more lopsided, as Beijing has heaped money on projects to dominate what it sees as the future.

At the auto show, the domestic upstarts have a separate exhibition hall mostly to themselves — 124 of the 174 electric car models on display are homegrown.

Government subsidies help consumers purchase the green cars, while policymakers are planning a quota system to force producers to build electric vehicles, with plans to one day phase out gas vehicles altogether.

Volkswagen announced Tuesday investments of 15 billion euros ($18 billion) in electric and autonomous vehicles in China by 2022.

“China is our second home,” recently-installed chief executive Herbert Diess said at a Beijing press conference, with its market set to be “the biggest” worldwide for electric cars.