Corolla hatch: continues to wear the badge with pride

At the heart of the Corolla hatch is the same 1.2-litre four-cylinder turbo petrol engine in the funky Toyota C-HR. I am happy to announce that Toyota’s all-new Corolla hatch will be spending the next two months with The Citizen Motoring.

As an introduction to the time we will be spending with the car, I would like to refresh your memory as to what this hatch is all about. At the end of May, I will update you as to how this relationship progressed. 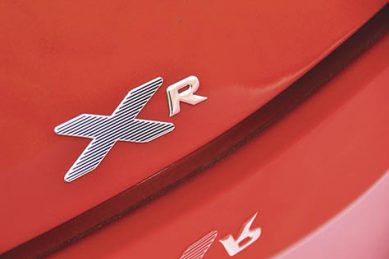 So, keep your eyes peeled for our take on living with a Corolla. Taking over the Auris name badge in South Africa, the Corolla recalls a memorable history in this country – mostly with sedan models, but also the Corolla Conquest and Avante variants of the 1980s and 1990s.

This new hatchback builds on its predecessors celebrated qualities of contemporary design, driving dynamics and efficiency. With the Toyota New Global Architecture (TNGA) chassis as its basis, the Corolla is longer, lower and sleeker than its Auris predecessor.

The highest levels of visual and tactile quality were the goals of the dedicated Toyota Motor Europe Sensory Quality team (also responsible for the Toyota C-HR crossover’s acclaimed interior) when styling and designing the Corolla’s driver and passenger environment.

Our car being the high-grade Xr model means we get the Alcantara-covered front sports seats with wide shoulder supports that combine with solid, thick side bolsters to really grip your upper body when cornering.

The revised rear seats feature new seat cushion material that allows for more even distribution of the occupant’s weight and, as standard, all rear seats can be folded by a remote lever to create a fully flat extension to the load space.

That TNGA platform mentioned earlier is the foundation for all Toyota’s future powertrain and vehicle development and the version of this modular platform employed in the Corolla is designated the GA-C.

With it, the GA-C is said to bring considerable dynamic handling benefits to the new Corolla range, thanks to it being both being torsionally stiffer by 60% and lighter, as well as having a lower centre of gravity.

Not only does a new multi-link rear suspension means there is less intrusion in the load space, allowing for an increase in load volume, but handling stability, steering response and ride comfort should be notably improved. The latter is also thanks to a new shock absorber valve design in both front and rear suspension systems that reduces friction by 40%. 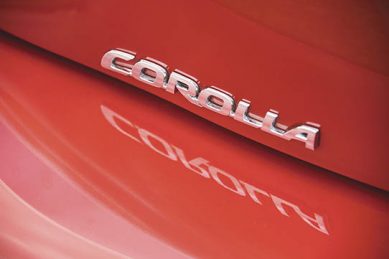 At the heart of the Corolla hatch is the same 1.2-litre four-cylinder turbo petrol engine in the funky Toyota C-HR. This powerplant delivers 85kW of power and a constant torque curve of 185Nm between 1 500 and 4 000rpm through what I am certain will be a traffic friendly Continuously Variable Transmission (CVT). The claimed straight-line performance is said to get the Corolla hatch from 0 to 100 km/h in a time of 10.4 seconds, while top speed is said to be 190 km/h.

What is of more importance in my humble opinion, is the fuel consumption usage of this family-friendly hatch. Toyota says one should consume a mere 6.1 litres for every 100km on the road. Our Corolla hatch features a host of active and passive safety features.

There are a total of seven airbags – driver and passenger, along with two side and curtain, and one for the driver’s knee. Vehicle Stability Control is standard, along with the full suite of electronic aids present (ABS, EBD, Brake Assist and Hill-assist Control).