This is a car that is ridiculously easy to drive fast and will flatter a weekend warrior type driver every time. BMW’s 850i has always been an iconic coupe, sports tourer kind-of car for the brand and for the BMW faithful with the means to afford such exclusivity.

And, in my opinion, the new 8 Series that was recently launched is going to be received in exactly the same way. Just like some 30 years ago when the original 850i broke cover, it was seen as the successor to the 6 Series.

But, like then, BMW wants you to see the 8 Series as a completely new car that is more upmarket, more exclusive and, of course, more expensive than the old 6 Series.

I couldn’t help but notice how the new BMW 8 Series was getting picked apart in the overseas media. People complained that the round twin exhaust tailpieces, that end in an oval aperture, were tacky, the exhaust snap, crackle, and pop was fake and over the top, that there was turbo lag. 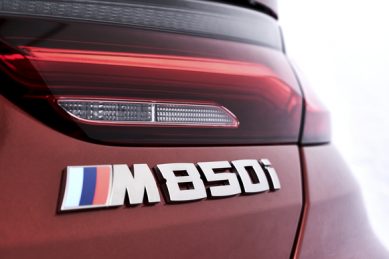 And the list goes on and on. Of course, everybody is entitled to an opinion and some of their criticisms, as petty as they seem, are mostly accurate. But as I was driving around this past week in my BMW M850i road test car – that starts at R1 872 900 and can easily top the R2-million mark with some options fitted – I thought to myself, does a guy who has this kind of money and who wants this car really care about what some freelance blogger, social media guru, or motoring journalist thinks?

Do you truly think he is going to cancel his order because of something I have to say? You might think I am basically telling you my job is redundant, but it’s not. I believe my job, besides getting you some real-world road test performance data, is to maybe make somebody think about this car if they have not considered it yet and then to put as many readers as I can that might never get the chance into the driving seat of such a machine.

Another important part of reviewing, or writing a road test, on any car is to try and see the car in the same context as a potential buyer would. If it’s cheap and nasty, remember that a R100 000 car is somebody’s hard earned money. And, by the same token, if it is a R10 million Ferrari that might not be to your personal taste, remember the owner is happy to pay this sort of money for a car he or she wants.

With all of this said, this is exactly how I approached this road test. I have the money; I am a BMW man and I want a car that shows off wherever it goes thanks to its unique styling and the hype surrounding the new 8 Series. 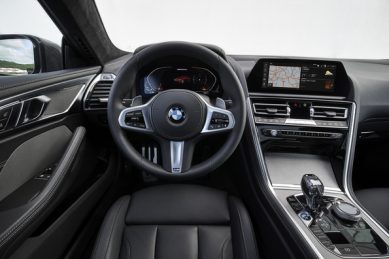 Inside, you are met with low slung sports seats in the front and mostly useless rear seats that will not accommodate a full-size adult in any way or form. But buying a coupe like this, you know that this will be the case and you will more than likely have a family car at home, or no family to concern yourself with.

You do get a rather large 420-litre boot, though, which is perfect for your golf clubs. A car like this is very much a singular guilty pleasure, not a mom’s soccer wagon You also get the new BMW Operating System 7.0 display and control concept. BMW Live Cockpit Professional, including fully digital instrument cluster and 10.25-inch Control Display, is also there, with intuitive operation thanks to multimodal use of the touchscreen display, controller, steering wheel buttons, voice control and BMW gesture control. It is simple to use once you spend a few days with the car, the only downside being that you can find all of this in the new 3 Series. 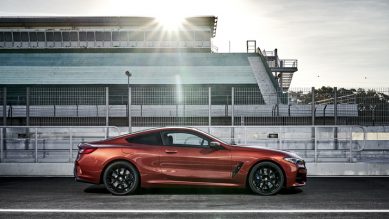 Dare I say it, this “run-of-themill” M850i was said to have been developed in parallel with the BMW M8 (still on its way) and the BMW M8 GTE endurance race car.

Even with all technology and this kit under you, there is no way you can escape the fact that this car weighs in at almost two tons. Still, I think it is more than enough for the average driver on a public road. This is a car that is ridiculously easy to drive fast and will flatter a weekend warrior type driver every time. 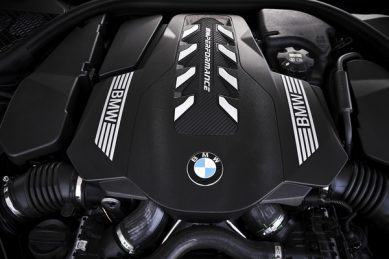 The tried-and-tested, family 4.4-litre V8 twin turbo engine is a gem and in this guise produces 390kW of power and 750Nm of torque, that makes its way through to a very smooth shifting eight-speed sports automatic gearbox, to BMW’s xDrive AWD system and on to the road in a totally fuss-free manner.

Hit the Sport+ button of the Driving Experience Control system and the exhaust opens – with a snap, crackle and pop – and the M850i is ready to launch and drill through to 100km/h in a mere 3.99 seconds, hit 195km/h in only 400m of tar, blitz through the 1km mark at 250km/h, while electronically being stopped a moment or two later at 255km/h.

Perhaps this is exactly what BMW meant when they said this car is their gentleman’s racer!