Mahindra has thrown its hat in the ring with the XUV 300,

The four derivatives are the entry-level W6 in both a petrol and diesel option and the top-of-the range W8 offering the same two engines. 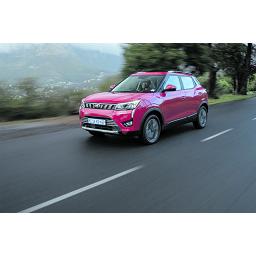 When a contest is really tight, it’s often small margins that swings it in a competitor’s favour.

The compact SUV segment in South Africa is a fine example. It is one segment in the local market that does show growth and the Ford EcoSport, Renault Duster, Suzuki Vitara and to a lesser extend the Hyundai Creta are at it hammer and tongs each month.

And while we eagerly await the arrival of the Volkswagen T-Cross and debut compact SUVs from Hyundai and Kia, Mahindra has thrown its hat in the ring with the XUV300, pronounced three double O. 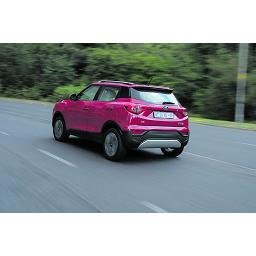 The Indian giant has hit the spot with the XUV300 and it can really hold its own against the competitors.

It offers good value, a great package of safety specifications, looks good from the outside, is comfortable inside and handled extremely well during our launch drive in the Western Cape last week. But Mahindra has missed a trick or two.

One is easy to fix but the other not, for which they might pay the price in terms of its expectations. The first oversight is that the car lacks a boot cover which is very strange as the designers have even thought of a concealed tablet holder in the centre console.

We were told that boot covers do not matter in their primary market in India, but with South Africa’s crime rate leaving anything exposed through the back window is asking for trouble. But there are ways around it, whether a buyer improvises his or her own cover or Mahindra fast tracks the development of one.

The problem that can’t be fixed overnight is the lack of an automatic gearbox. All four derivatives available locally are fitted with a manual six-speed gearbox. And it’s not a case that Mahindra just hasn’t introduced an automatic in the local market, it’s a case that there isn’t one yet and no time frame has been given as to when there will be.

“There is good work going on in India with regards to the automatic gearbox, but for the moment we don’t offer that option,” says Rajesh Gupta, CEO of Mahindra South Africa, who doesn’t seem to think the lack of an automatic option will hurt them as Mahindra has already sold over 26 000 in India since its launch earlier this year.

“Taken into account how well this car was received by the international media and in India, we have no doubt it will be a significant player in this segment in South Africa,” he adds.

“South Africans love the combination of high-driving position, bold styling and functionality that SUVs offer and the XUV300 offers this in a bold and dynamic package boasting a list of features and specifications that are not offered as standard on a lot of vehicles in this segment.” 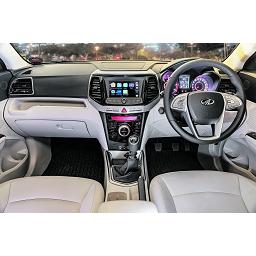 The four derivatives are the entry-level W6 in both a petrol and diesel option and the top-of-the range W8 offering the same two engines.

And in a further initiative to attract their target market of buyers between the age of 25 to 49, the manufacturer offers tailor-made finance options through Mahindra Finance and Wesbank.