Apart from the far less braking that is required, the thing you must adapt to is the fact that there is zero lag time on the accelerator like in the case of fuel driven cars. 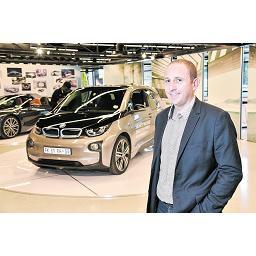 When Gauteng businessman Shaun Maidment (pictured) bought a BMW i3 in August 2016, he was so skeptical over the range he will get from the manufacturer’s all-electric offering that he bought one fitted with the range extender just in case.

In less than three years since, Maidment’s car is the first i3 in Africa to clock 200 000km, a distance that also makes his i3 the 15th most travelled in the world. And he’s been so swept up as an early pioneer in the imminent electrical vehicle revolution that he, in hindsight, actually regrets having fitted the range extender – Rex for short – in the first place.

“First I didn’t buy it to save the planet,” jokes Maidment. “I did cheat in the beginning. I bought the Rex version because I was scared like everybody else. “But it’s not complicated at all. It’s ridiculously simple.

There are many days when I drive 200km to 300km in a day and you just plan your day slightly differently.” Although the latest i3 offerings fitted with 120Ah batteries have a respectable electric range of 260km, Maidment’s first generation 60Ah only have an electric range of about 130km with the Rex adding about 100km more. 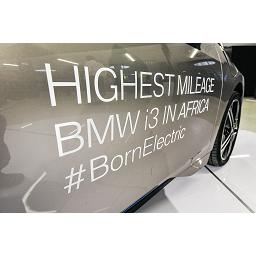 The Rex is a 647cc inline two-cylinder petrol engine with a nine-litre tank that acts purely as a generator when the battery level drops below a certain level to enable you to get to a charging station of which the number has significantly grown over the years.

BMW now boasts 58 ChargeNow stations across SA, six of which are shared with Nissan. There are also five DC fast chargers at BMW dealerships that allow for charging of the i3 from 0% to 80% in about 45 minutes. Best of all, the ChargeNow stations can be accessed at no cost to owners.

The i3s can also be charged at the GridCars network that is being installed on major national routes along with the Jaguar I-Pace and Nissan Leaf. “We still need to educate people in terms of the mindshift required to switch to electric vehicles,” says Maidment.

“Pretty much like your phone, you must come into the habit of charging it overnight and then if you are travelling a lot like me, plan to charge it either at the office or when you’re out and about.” Because electric vehicles make use of regenerative braking which means the car starts decelerating the moment you take your foot off the accelerator, the wear and tear on brake pads is far less than in conventional cars. 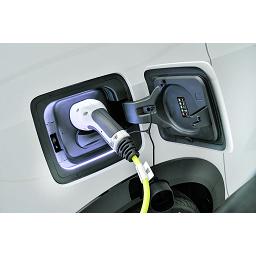 This is evident in the fact that Maidment has only had to replace brake pads once at 10 000km, which along with tyres, one oil service on the Rex and replacing a few light bulbs has been the only expenses he has had over the whole 200 000km.

Add to that the thousands he has saved in fuel over the years and it’s no wonder BMW is parading him around as a vocal advocate of their electrical offering.

“If you travel a lot and spend about R620 000 on an electrical car compared to R400 000 on a petrol driven car, the two will cost you exactly the same after just three years,” added Maidment, whose patient demeanor has seen him embark on a four-day journey to Cape Town in his i3, exploring the countryside along the way. 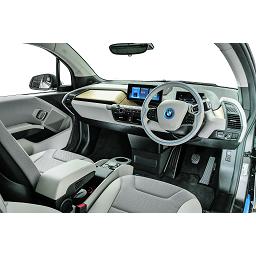 While we weren’t afforded that kind of time in the third generation i3 and i3s at BMW’s headquarters in Midrand last week, a quick trip to northern Pretoria and back was enough to illustrate the car’s capability in daily city traffic.

Apart from the far less braking that is required, the thing you must adapt to is the fact that there is zero lag time on the accelerator like in the case of fuel driven cars. The electric motor’s power is available immediately and learning to be very gentle on the throttle is key, especially when you are also deprived of the usual sounds associated with an engine as the i3s motor is completely quiet.

The inside of the car is different from what we are used to, a little space age in fact, with plenty of colour schemes available. Make no mistake, the i3 like the Leaf and I-Pace are very pricey because government hasn’t allowed any tax exemption yet, but early pioneers like Maidment will go a long way in changing people’s perceptions while the rest of us wait in anticipation for electric vehicles to become more affordable.