Despite being touted as nothing more than a concept, a new report from the United States has alleged that Lexus will reveal the production cabriolet version of the LC as early as next month. According to CNET’s Roadshow, the drop-top LC, which bowed at the North American International Auto Show in Detroit back in January, will make its public unveiling in production form at the Goodwood Festival of Speed that runs from 4-7 July.

At the time of its showing in Detroit, Chief Designer, Tadao Mori, said that, “A production version of this concept would be exhilarating in many different ways. You would see its dynamic lines as you approach, hear its engine when you started it up and feel everything around you once on the road. It would engage the senses in a way that is unique and exciting every time you got behind the wheel”. 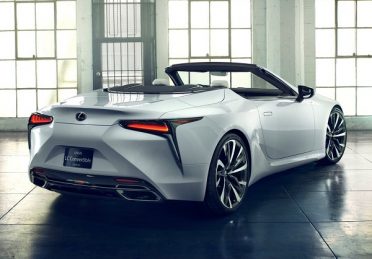 Riding on the same Global Architecture-Luxury (GA-L) platform as the coupe, the cabriolet will come with the same interior and features as its sibling, although it remains unknown as to whether a metal or soft-top folding roof would be employed.

Expected to be carried over is the normally aspirated 5.0-litre V8 that punches out 351kW/540Nm, which it sends to the rear wheels via a 10-speed DirectShift automatic gearbox. While the hard-top will reach a V-Max of 270 km/h and go from 0-100 km/h in 4.7 seconds, the soft-top will likely be tad slower owing to the roof selection and architecture strengthening to compensate for the loss in body rigidity. 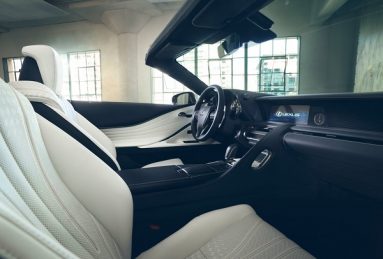 Also unknown is whether Lexus will offer the cabriolet with the hybrid powertrain from the LC 500h, which pairs a 3.5-litre V6 with a lithium-ion battery pack for a total system output of 263kW/500Nm, connected to a CVT.

If approved for South Africa, expect the LC Cabriolet to arrive in limited number and at a premium over the coupe’s R1 892 500 asking price.