Having confirmed the facelift Astra earlier this week, Opel has officially debuted the tweaked version of its now four-year old hatchback and Sports Tourer estate, complete with new engines from parent company PSA. Set to be replaced by an all-new, PSA underpinned generation in 2021, the updates applied to the last General Motors (GM) built and based Astra consists of a restyled grille with active shutters, a redesigned front bumper and new alloy wheels.

While Opel has not divulged much details about the interior, it has revealed that the previous Intellilink system has been replaced by the new Apple CarPlay and Android Auto enabled Multimedia Radio, Multimedia Navi and Multimedia Navi Pro systems that first debuted on the Corsa, with additional tech being a wireless smartphone charger, ventilated and massaging seats, heated windscreen, an optional seven-speaker Bose sound system and a new instrument cluster with a digital speedometer. 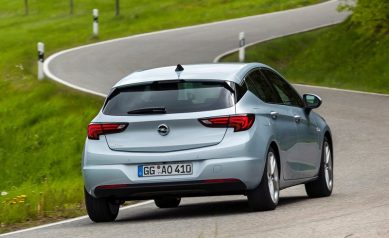 On the safety front, the Matrix IntelliLux LED headlights have been kept, though the front camera is new and adds Pedestrian Detection despite being a smaller unit than before. In addition, the Astra, depending on the trim levels, receives Adaptive Cruise Control, Forward Collision Alert with Automatic Emergency Braking, Lane Keep Assist and Traffic Sign Recognition.

Underneath its skin, the Astra comes with new shock absorbers and an optional sports chassis that includes stiffer dampers, a new Watts linkage for the axle and sharper steering.

As mentioned however, its brand-new underneath the bonnet where all of the previous GM sourced petrol and diesel engines haven been dropped in favour of PSA items, the former being the familiar 1.2-litre PureTech three-cylinder turbo that comes in three states of tune; 81kW/195Nm, 96kW/225Nm and 107 kW/225Nm. Regardless of output, all three motors are mated to a six-speed manual gearbox. 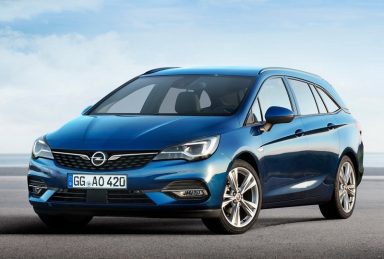 A new addition though is the 1.4-litre PureTech three-pot that produces 107kW/236Nm and which comes teamed to a brand-new seven-step CVT, the first usage of a such a ‘box on an Astra.

Although an all-electric model is only due when the next generation touches down, the oil-burning engines have not only been improved to comply with the stringent Euro 6d emissions requirements, but according Opel with reduced consumption of up to 17%. 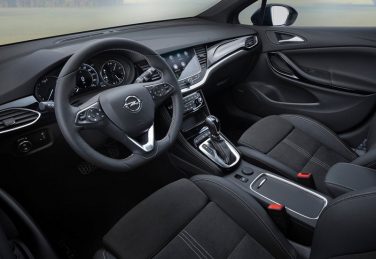 Replacing the acclaimed 1.6-litre CDTI four-cylinder motor made by GM, the new 1.5-litre three-cylinder comes in three outputs; 77kW/260Nm, 90kW/300Nm and 90kW/285Nm with the former pair being teamed to the aforementioned six-speed manual ‘box. The latter engine, like the 1.4-litre petrol, is only offered with an automatic, albeit a brand-new nine-speed unit which, like the CVT, is a first for any generation Astra.

Expect the revised the Astra to go on sale in Europe later this year, though only next year in South Africa if confirmed by distributor, Unitrans Motors, and in hatchback guise only.