New Toyota SUV in the works for all-new US factory

Toyota is reportedly set to expand its SUV line-up in North America with yet another, albeit brand-new model expected to arrive in around three to four years’ time. According to the report by carscoops.com, the still-to-be-announced newcomer will be built at the Huntsville Plant in Alabama that will be opened in 2021 after being announced last year as part of a $1.6-billion joined development with Mazda.

Based on the online platform’s report, the plant, which was slated to build the Corolla and an unspecified Mazda SUV, will now instead produce the new crossover with Toyota citing the sudden reversal in “response to changing market demands and a growing consumer appetite for light trucks and SUVs”. 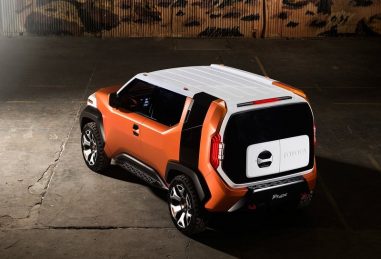 In North America, the yet-as-unnamed-or-seen SUV will join the C-HR, RAV4, 4Runner, Highlander, Sequoia and Land Cruiser 200 in Toyota’s SUV line-up, with no further details of it being known.

The report however alleges that the newcomer could very well be the production version of the FT-4X Concept (pictured) that bowed at the New York International Auto Show two years ago, especially after its designer, Ian Cartabiano, told Australia’s caradvice.com.au not long after that the Calty Design Studio, California penned concept was 75% production. “We always design [Calty’s concepts] to be at the 75 per cent stage. We can make this thing. We have a good record with concept cars. If the reaction is good, you never know what’s going to happen,” Cartabiano said.

“[Calty doesn’t] make these fluffy concept cars that have no purpose to go anywhere. You know the record of Calty concept cars, FJ Cruiser, FT-X becoming the Tundra, FT-1 and C-HR.”. 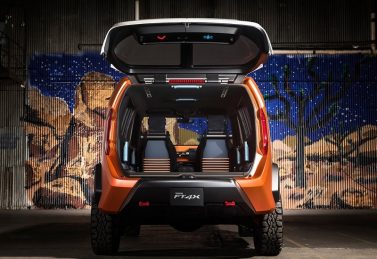 In concept form, the FT-4X comes underpinned by the TNGA platform used by the C-HR, Corolla, Prius and RAV4, and features novelties such as a oval theme for the interior handles and stalks, an LCD display for the interment cluster, GoPro’s integrated into the side-mirrors and the so-called Multi Hatch rear tailgate that opens vertically in Outdoor mode and in split-style barn door configuration when in Urban form.

Despite its similarities with the FJ Cruiser and earlier Land Cruisers, the FT-4X, while equipped with four-wheel-drive, is not earmarked for heavy duty off-roading with Cartabiano telling the online platform that, “The key to simple design is that it has look good dirty. I think this car is going to look kick-ass dirty. 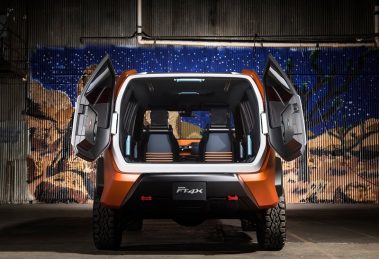 “This is not a Moab rock crawling car. We already have a wide stable of totally hardcore off-road vehicles, we don’t need everything in our line-up to be hardcore. This can get you there, but are you going to be rock climbing in it? No. But can you access the trailhead to get you to base camp? Yeah”.

At present though, it remains to be seen whether the FT-4X would indeed be the new crossover mentioned and if it will be limited only to North America.