After an on-and-off production run of over 80 years, Volkswagen has officially ended production of the Beetle with the final example having rolled off of the Puebla plant’s floor in Mexico this past Wednesday (10 July). Spanning three generations from 1938-2003 in the case of the original, the retro-styled New Beetle made between 1997-2011 and the simply titled Beetle introduced in 2011 riding on the PQ35 platform that underpinned the Golf V, Eos and Caddy, the final example, painted Denim Blue, officially ends the storied tale of the original ‘people’s car’ that made it global mark after World War II.

The end of production therefore brings the number of Beetles sold globally, according to Volkswagen, to 21.5-million units of the original Type 1, 2.1-million New Beetles and 500 000 PQ35 or A5 designated Beetles.

“It’s impossible to imagine where Volkswagen would be without the Beetle,” Volkswagen Group of America President and CEO, Scott Keogh, said in a statement.

“From its first import in 1949 to today’s retro-inspired design, it has showcased our company’s ability to fit round pegs into square holes of the automotive industry. While its time has come, the role it has played in the evolution of our brand will be forever cherished”.

One of the slowest selling vehicles in Volkswagen’s product portfolio, the Beetle’s future was effectively sealed in September last year when Wolfsburg introduced the US-market only Final Edition, which also confirmed comments made six months earlier by R&D boss, Frank Welsch, at the Geneva Motor Show.

In an interview with Britain’s Autocar, Welsch remarked that “two or three generations is enough”, before adding that while the Beetle was made with history in mind, “you can’t do it five times and have a new new new Beetle”.

“People asked when production starts on the car, so we decided to go that way. Better to have that than having five generations of a new Beetle,” Welsch remarked. 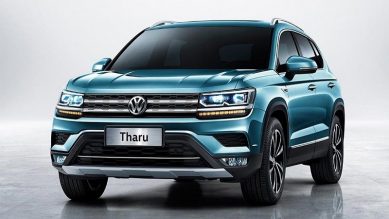 Volkswagen has since stated that the final Beetle will go on display at its museum in Puebla, while the plant itself will be retooled for a North American version of the Tharu SUV that debuted in China last year.

Set to be positioned below the Tiguan, the Tharu, according to Automotive News, will become the Tarek and enter production next year with sales in North America commencing at the end of 2021. 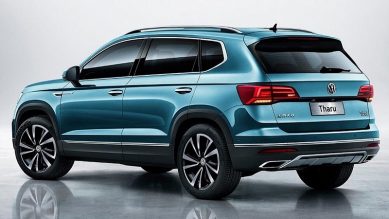 Meanwhile, the final batch of Beetles destined for the United States, painted in Kings Red with a number of custom trim pieces and quilted seats, will form part of Volkswagen of America’s range of historic vehicles.