Mercedes-Benz South Africa has resumed its inconspicuous model pricing strategy by not only providing sticker prices for the CLA and GLC, but also the all-new GLS on its online configurator. 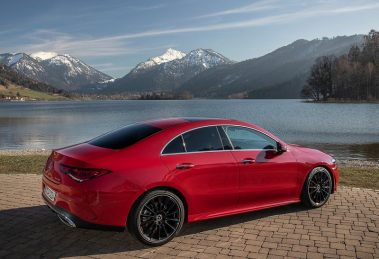 As a refresher, the CLA rides on the same MFA2 front-wheel-drive platform as the A-Class, but with the same coupe-like exterior as the CLS with the rear-end facia mirroring that of C-Class, E-Class and S-Class coupes.

Measuring 4 688 mm in overall length with a height of 1 439 mm and width of 1 830 mm, the CLA is longer, wider and lower than its predecessor, and comes with the same assortment of features, both standard and optional, as the A-Class, most notably the 10.25-inch MBUX infotainment system and the 12.3-inch digital instrument. Unlike the more extensive A-Class range, the CLA will only be offered in a choice of two engines; the familiar 1.3-litre turbocharged petrol that develops 120kW/250Nm in the CLA 200, and the new 2.0-litre OM 654q turbodiesel motor that produces 140kW/400Nm in the CLA 220d. Despite the availability of Benz’s 4Matic all-wheel-drive in some markets, local bound CLA’s will be front-wheel-drive only with the 200 sending its grunt to the tar via the seven-speed dual-clutch gearbox, while the 220d joins the B-Class and A45/CLA 45 in getting the new eight-speed dual-clutch ‘box. 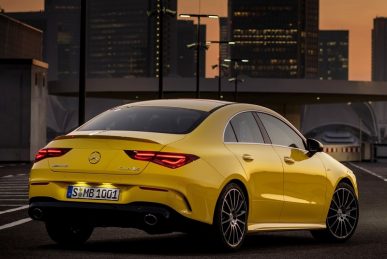 At the same time, the performance CLA AMG 35 (yellow) has also been revealed in following the A35 priced earlier this month. Powered by the same 225kW/400Nm 2.0-litre turbocharged engine as the hatch, and sending the amount of twist to all four wheels via a seven-speed dual-clutch gearbox, the CLA 35 will complete the 0-100 km/h dash in 4.9 seconds and top out at 250 km/h. 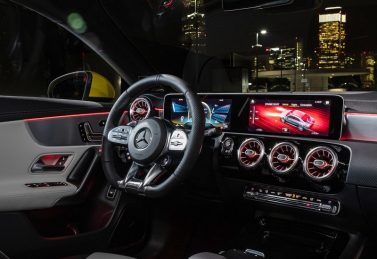 Equipment and safety assistance systems, either standard or optional, once again mirrors that of the A35 with pricing from R855 766, a hefty R98 820 price premium over the hatch. 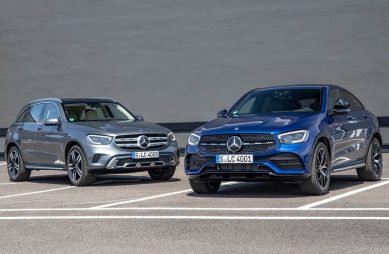 First shown at the Geneva Motor Show in February, the updated GLC and its coupe offshoot have also been streamlined with both models being diesel powered and in three trim levels; standard, Exclusive Line and AMG Line.

An off-road exterior package can also be specified along with the Off-Road Engineering pack that comes with Downhill Speed Regulation, the Dynamic Body Control system with three modes (Comfort, Sport and Sport+) and two off-road modes (Off Road and Off-Road+) integrated into the Dynamic Select system, bringing the number of settings to seven in total (Comfort, Sport, Sport+ and Individual). 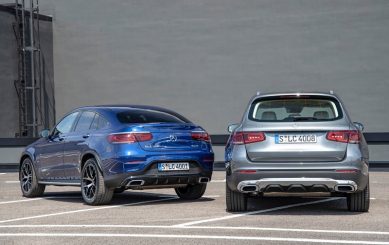 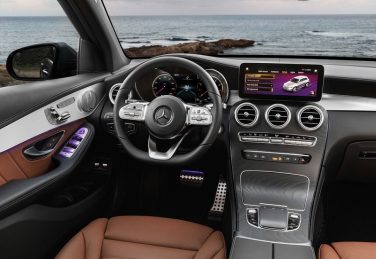 Aimed at the recently unveiled BMW X7 and the updated Audi Q7, the all-new GLS  comes in at 5 207 mm in overall length with a wheelbase of 3 135 mm and width of 1 956 mm, making it longer than before with Benz claiming a total boot capacity of 2 400-litres.

As with its predecessor, the South African spec GLS will only be equipped with seven seats and come with a segment first five-zone climate control system, plus an optional rear seat MBUX infotainment system with two 11.6-inch screens. Riding as standard on 19-inch alloy wheels with up to 21-inches available, the GLS, like the GLC, will be powered solely by a diesel engine, in this case, the OM 656 3.0-litre straight-six that punches out 243kW/700Nm.

With the outputs representing the engine as that of the flagship GLS 400d, the in-line six comes mated to 9G Tronic ‘box and features a low transfer case as standard, though a Torque-On-Demand system with lowered gear ratios can be had as an option. 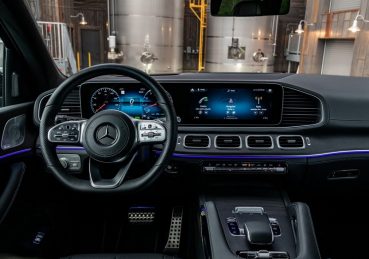