It’s my job to bring you the good, the bad, the ugly, and the honest, just as it is also my job to see things through objective eyes. It is no longer 2002, the year the MkIV Toyota Supra was discontinued. It is 2019 and this is the all-new MkV Toyota GR Supra. The part that can’t be ignored is that this new car shares the same platform as BMW’s new Z4 but – as you can see from the pictures – the styling is all Toyota.

You are going to have to accept that most, if not all, of the hardware is 100% BMW. This is not necessarily a bad thing, as BMW has been at the forefront of building great engines that ride on the latest generation adaptive suspensions, while being backed up by state-of-the-art safety systems and interior luxury with clever infotainment systems (something Toyota has not been good at).

The shared 3.0-litre straight-six, single twin-scroll, turbocharged engine produces a claimed 250kW of power and 500Nm of torque running through an eight-speed ZF automatic transmission. I say claimed because dyno figures and videos starting to emerge from around the world suggest that in Supra guise, there is a little more on tap. 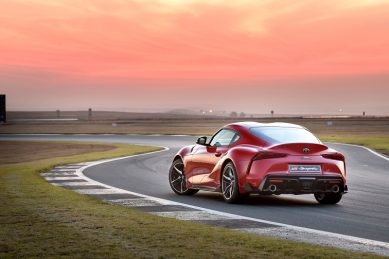 Besides the power that I feel could be upped a little, the Toyota Gazoo Racing engineers have also tweaked the transmission software and the launch control function works better on this car than on the Z4, while the gear shifts are just that little bit crisper when you need them to be.

As is the norm with the ZF box, dial down the heat a notch and you will appreciate the smooth shifting nature of the transmission just as much. The Japanese engineers have also fettled with the suspension and made the Supra more compliant and more forgiving than the Z4 – and this translates into a GT car that is very easy to drive fast and also drive for long distances on any type of road surface.

Anybody who has driven or owned a performance BMW knows what I am talking about. The car from Germany requires a skilled hand and a healthy dose of respect to extract the best out of it. Not so much with the Supra. What I feel they have missed, though, is that they took the effort to sort the dynamics and clad the exterior in Toyota body panels, but somehow, they couldn’t find it in themselves to change the interior switchgear and controls. 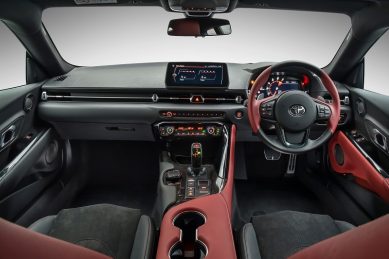 My only other whinge is that I felt somebody should have worked on the exhaust tuning so the Supra doesn’t sound so much like any BMW M40i model. It’s almost like they should have “riced” the Supra a bit more with some wastegate flutter and an exhaust note all of its own, to not only show its heritage, but shout about it on the streets.

The keyboard warriors have gone into absolute control-alt-delete mode about the Supra being based on BMW’s Z4 platform. But as is the norm with social media, everybody is entitled to an opinion – even if it is not fact-based or completely devoid of any truth or logic, warrior they will be. But I truly believe that owners who have the R1-million plus to buy a niche car like this, really don’t care what these keyboard warriors are tapping out.

Anyway, to wrap up – and I am not exactly sure if this will be taken the wrong way but it is the best way I could do it – the one thing the Toyota Gazoo Racing engineers have nailed is to successfully remove some of that stern German-ness out of the GR Supra. And it has worked in creating a seriously fun car to drive.