Unveiled at the Chicago Auto Show back in February, Ford has now officially detailed its brand-new 7.3-litre V8 petrol engine that will power its Super Duty range of pick-ups. Codenamed ‘Godzilla’ and joining the existing 6.2-litre petrol and the 6.7-litre Powerstroke turbodiesel V8, the 7.3 not only rates as one of the biggest production engines in the world today, but also replaces the 6.8-litre Triton V10 that first debuted in 1997. 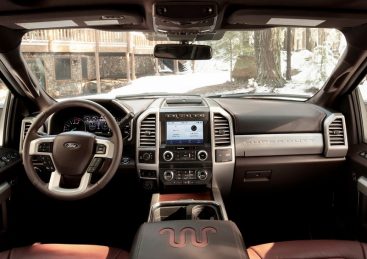 As a comparison, the 6.6 in the Silverado punches out 299kW/629Nm while the 6.4 Hemi in Ram delivers 306kW/582Nm. Equipped with Ford’s Power Takeoff system as an option, the Godzilla is paired to the now widely used General Motors co-developed 10-speed automatic gearbox that comes with five modes; Eco, Tow/Haul, Slippery, Sand and Snow, although in the case of the F-650 and F-750, the previous six-speed automatic has been retained.

Like with the F-150 however, the Super Duty will only be made available in left-hand-drive.