Hyundai is getting ready for the unveiling of the all-new, third generation i10 as evident by the release of a single sketch image ahead of the model’s confirmed debut at the Frankfurt Motor Show next month. While the Indian-sourced, South African models carry the Grand i10 moniker, the European version does without the ‘Grand’ suffix and based on the sketch, incorporates a completely new look with the same Aston Martin-styled oval grille found on certain Ford models, rounded fog lights integrated into the grille, more angular looking headlights with embedded daytime running LEDs, and what Hyundai refers to as an X-shaped C-pillar.

Although full specification is not yet known, Hyundai has confirmed that the i10 will receives tech such as a touchscreen infotainment system with Apple CarPlay, Android Auto and BlueLink, a reverse camera, smartphone charger, Forward Collision Avoidance Assist with Pedestrian Detection, Lane Keep Assist, High Beam Assist and Driver Attention Warning. Expect these items to vary depending on trim level however.

Despite having been pictured online undergoing pre-production testing, no technical details have yet been revealed, but reports are that the i10, in Europe at least, could get the same 1.0 T-GDI three-cylinder engine and the normally aspirated 1.2-litre four-cylinder motor from the Picanto. 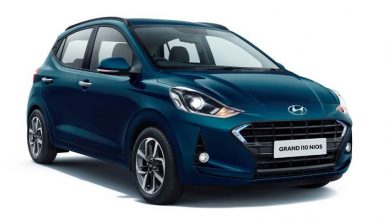 Meanwhile, Hyundai India has revealed the replacement for the Grand i10 in the form of the newly named Grand i10 Nios set to make its public debut on 20 August. As before, this model will fill the gap between the i10 and i20 and features styling from the entry-level Santro with power set to come from a 1.2-litre engine fuelled by either petrol or diesel. 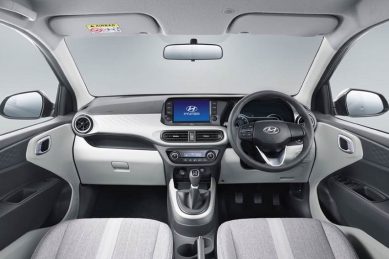 While still to be confirmed, chances are that the Nios could very well replace the Grand i10 in South Africa as part of cost-cutting, therefore resulting that the ‘normal’ i10, which was phased out last year, not being made available for the local market.