Faster BMW 1 Series will seemingly happen after all

BMW has apparently u-turned on its initial claim that it won’t produce a more powerful version of the new 1 Series to sit above the M135i. In June, BMW M Product Head, Carsten Pries, told Britain’s Auto Express that no reason from a business perspective exists to introduce a faster 1 Series as “you would have to increase the price again because you put more substance into it”.

According to the latest report by Australia’s CarsGuide however, and in accordance with M boss Markus Flasch’s push towards electrification, the M135i will be succeed by a variant rumoured to be called the M140e that will pair the 224kW/400Nm 2.0-litre turbocharged engine with a 60 kW electric motor for a reported total system output of 298kW/500Nm. 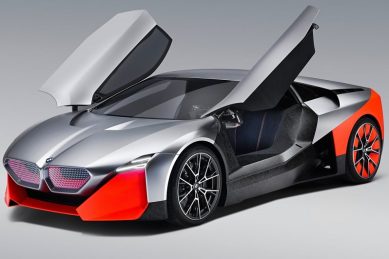 Slated for unveiling sometime next year, the M140e will have an all-electric range of 80-113 km on a single charge according to the online platform, with its arrival set to spearhead a charged version the next generation M2, and a plug-in hybrid take on the still-to-be-seen X8 whose assisted V8 will allegedly produce in the region of 559kW/1 000Nm.

In addition, the i-range of electric models will be expanded to include the i4, i5, i7, iX1 and iX3 based on the 4 Series, 5 Series, 7 Series, X1 and X3, as well as the next generation i3 and the replacement for the i8, expected to be called i12, which will draw inspiration from the Vision M Next (pictured above) concept shown in Munich two months.