The initiator of Volvo’s current Iron Mark styling language when it debuted five years ago, the Chinese owned Swedish automaker has now officially detailed the updated, second generation XC90 some six months after its European debut. In what is likely to be Gothenburg’s only refresh for its flagship SUV with the all-new fourth generation due out in 2022, the revisions, externally, are minor in that the XC90 receives a slightly tweaked grille, a selection of new colours and newly designed alloy wheels.

Inside, the tweaks are just as small with the availability of a new wool blend material option, a Slate Grey upholstery finish, the inclusion of Android Auto, dual USB ports and a six-seater configuration that drops the bench seat second-row for two captain-style chairs. The traditional seven-seat layout is however still offered along with the Orrefors cut-glass gear lever on the hybrid T8. 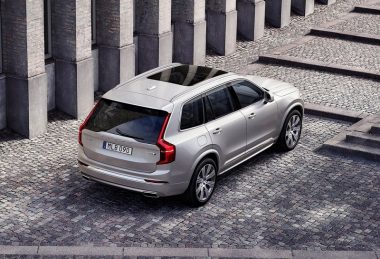 On some models, the XC90 also comes with a new 19-speaker, 1 476-watt sound system developed specifically for it by Bowers & Wilkins, which features a subwoofer integrated into the right rear wheel well that is claimed to not only free up interior space, but, according to Volvo, create the sensation that passengers are in fact sitting within a speaker.

Unlike in Europe though, Volvo has opted not to introduce its range of electrified petrol and diesel engine for South Africa, or indeed its new B badge moniker, with the local model-up consisting out of four trim levels; Momentum, Inspection, R-Design and the hybrid only Excellence. 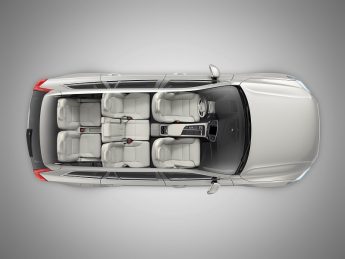 As mentioned, no changes have taken place underneath the bonnet where the 2.0 Drive-E engine comes in three petrol flavours; the single turbo T5 that produces 187kW/350Nm, the turbo-and-supercharged T6 outputting 235kW/400Nm and the aforementioned T8 that adds a 65kW/240Nm electric motor to the T6’s powertrain for a total system output of 300kW/640Nm.

With the next generation XC90 eschewing diesel engines completely in favour of electric power following the announcement by CEO Håkan Samuelsson in July last year, the current D5 represents the swansong for oil-burners in the XC90 range, with the motor producing 173kW/480Nm. 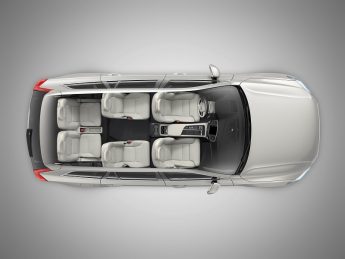 A five year / 100 000 km Warranty and Maintenance Plan is once again standard across the range.