Pressure being put on Hyundai to make Palisade RHD friendly

Hyundai Australia is reportedly ‘in-talks’ with the Korean automaker’s head office to make the large Palisade SUV available in right-hand-drive (RHD) as the new flagship model above the Santa Fe. First shown at the Los Angeles Auto Show in November last year and sharing its underpinnings with the Kia Telluride, the near five metre long, eight-or-seven-seat Palisade is, for now, only available in left-hand-drive, though according to an unnamed Hyundai Australia spokesperson who spoke to carsguide.com.au, “we’re in discussion with head office to see if right-hand drive will be possible for this generation”.

In North America, the Palisade, which takes its name from the upmarket Pacific Palisades neighbourhood in Southern California, is offered in three trim levels; SE, SEL and Limited with specification, depending on the grade, consisting of a 12.3-inch digital instrument cluster, Heads-Up Display, a 10.3-inch infotainment system, heated steering wheel, heated and ventilated seats, panoramic sunroof, dual-zone climate control and a Harman Kardon sound system. 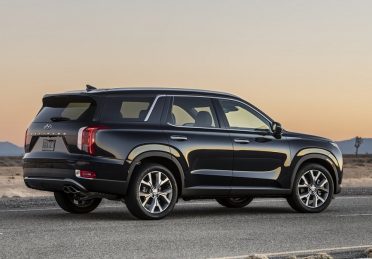 Like the Telluride, the Palisade is only with a 3.8-litre V6 petrol engine that produces 217kW/355Nm and which is mated to an eight-speed automatic gearbox with drive either going to front or all four wheels. If however given the green light for Australia, expect this engine to make way for the Santa Fe’s 2.2-litre turbodiesel that punches out 142kW/440Nm. 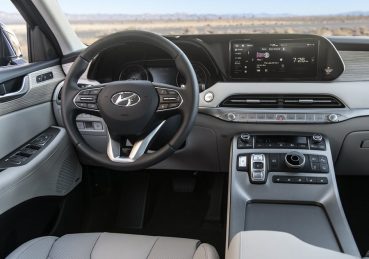 Although it remains to be seen whether Australia’s push for RHD does indeed come to fruition, it could very result in the Palisade being earmarked for South Africa to rival the likes of the Volvo XC90, Lexus RX, Audi Q7, BMW X5 and the Mercedes-Benz GLE.